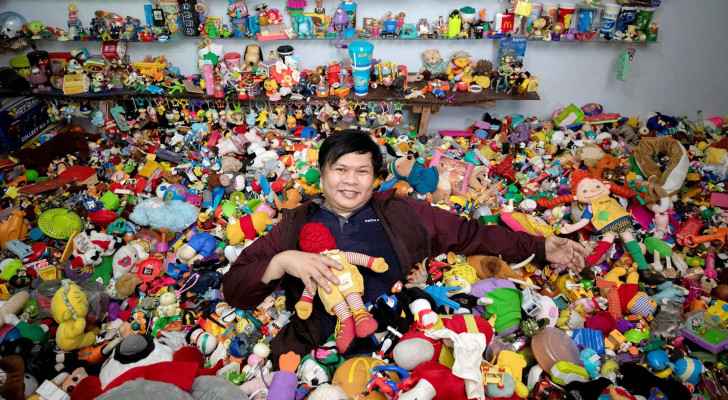 Ever since Percival Lugue was a child, he had a passion for collecting toys from fast-food restaurants. Now, the 50-year-old Filipino graphic artist has roughly 20,000 toys in his three-storey home in Pampanga, Manila.

Lugue holds a Guinness World Record from 2014, when his collection had only half of the toys he has now.

Each toy tells a story, said Lugue, adding that the toys hold the power to allow people to catch a glimpse of the particular period it comes from.

He explained that he built his home especially for his toy collection.

Lugue expressed how excited he feels when receiving or purchasing toys, comparing it to Christmas morning.

He has purchased many of his toys, but some were donated by those close to him.

“I would invite my friends to (...) have lunch at McDonald’s... and in one sitting I would be able to complete the whole set,” said Lugue.

Lugue's goal is to publically display his collection to allow others to revisit their childhood memories.