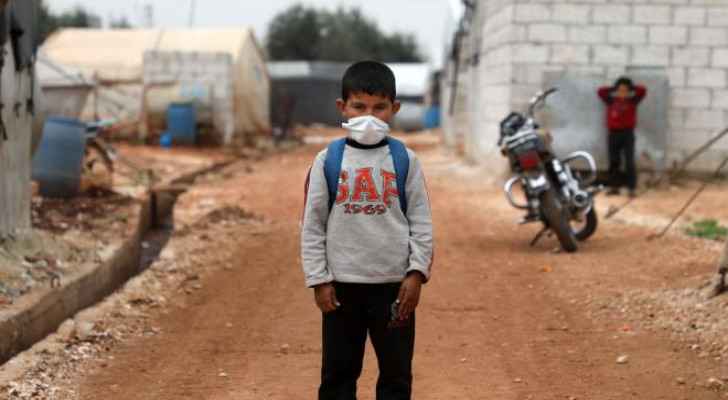 The first batch held 53,800 AstraZeneca jabs came as a part of the COVAX initiative, which aims to ensure equitable access to COVID-19 vaccines.

A truck carrying the batch the crossed the Bab al-Hawa border between Turkey and Idlib, according to AFP reporters. The vaccines were then unloaded and placed in a cold storage facility.

A member of the Physicians Across Continents group, Abul Hamid Al-Hussein, who accompanied the batch into Syra said "Today, we received the first batch of Covid-19 vaccines."

The batch is the first delivery of it's kind through COVAX, which has sent jabs to over 100 countries and territories around the world.

The vaccine doses are intended for the extended northwestern Syrian region.

A senior official from the World Health Organization (WHO), Mahmoud Daher, said the UN is ready to administer the vaccines to the most vulnerable people.

"Once the vaccines arrive, we are prepared to start vaccination to priority groups through our implementing partners," he told AFP before the vaccines crossed into Idlib.

Those given priorities for vaccination in the region will be medical personnel and first aid responders involved in the battle against COVID-19.

Those above the age of 60 will follow, then younger age groups with chronic diseases.

Media officer for Idlib's health department, Imad Zahran, noted that the vaccination campaign in the region expected to begin early next month and would last about three weeks.

Other regions of Syria are set to also receive vaccine doses through COVAX.

Imad Zahran, a media officer for the Idlib region's health department, told AFP that the vaccination campaign was expected to begin early next month and would last about three weeks.

According to the WHO, a separate 912,000 doses have been allocated to Syria for a first phase of vaccination in regime-controlled and in semi-autonomous Kurdish areas.

The aim is to vaccinate 20 percent of the population by year's end.

Vaccination for health workers has started in government-controlled areas but not with doses received as part of COVAX.

The official coronavirus-related death toll in Syria is low compared to countries in the region but credible data collection across the conflict-ravaged country is almost impossible.