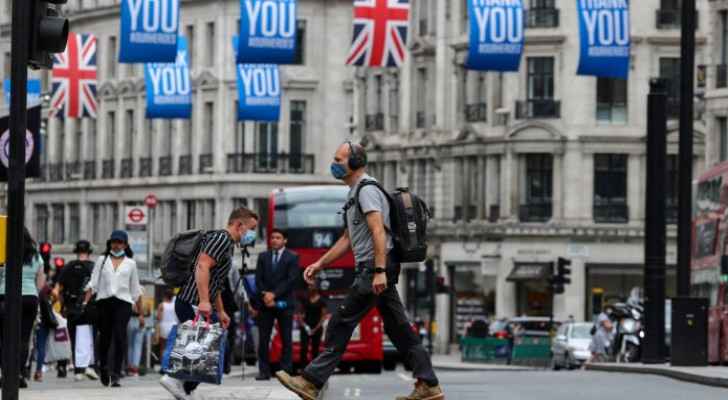 Initial estimates by the British government's Office for National Statistics Friday showed that the UK's population increased at its slowest pace since 2003 to mid-2020, and may have decreased since then as the coronavirus pandemic pushed foreign workers to leave the country.

They described the growth as "one of the smallest increases seen in the context of historical trends."

The office said data indicates that the number of people living in Britain rose to 67.1 million by June 2020, an increase of 316,000 or 0.5 percent compared to the first half of 2019. The aforementioned number signified the lowest annual growth since 2003.

The office added that the population increased with the arrival of more foreigners to the United Kingdom compared to the number of departures, during the eight months before the country imposed a complete lockdown to contain the pandemic (2019).

However between April and June of last year, about 50,000 people left the country every month due to travel restrictions and loss of work, around the time when the pandemic led to the closure of most stores, restaurants and establishments.

Additionally, tougher immigration rules may also be responsible for the entrance of less foreigners due to Brexit, which called for the reduction of the number of lower-skilled migrants.

The virus was responsible for the highest death toll in Europe, at 127,000 COVID-19 related deaths. According to Reuters, most of these deaths were recorded after June 2020.