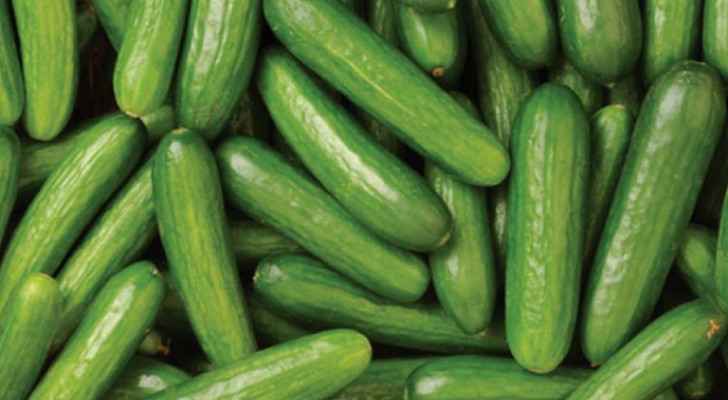 Wednesday, Jordanian citizens complained about the sudden increase in the prices of cucumbers, describing it as a "crazy rise."

Citizens told Roya that the price of one kilogram of cucumbers in some stores reached JD one and more.

The head of the Jordan Valley Farmers Union, Adnan al-Khaddam, told Roya that the increase in the prices of cucumbers came following the inability of the 'few' cultivating areas to meet the demands of the local market.

He pointed out that the daily requirements of the local market is roughly around 350 tons, indicating that local production reaches a maximum of 210 tons.

Al-Khaddam expected the price of cucumbers to decline at the end of April, once Shifa Farm crops are ready for harvest.

In turn, the export of cucumbers from Jordan was halted.

The media spokesman for the Ministry of Agriculture, Lawrence Al-Majali, confirmed that Agriculture Minister, Khaled Al-Hunaifat, had taken a decision to stop exporting cucumbers, following the increase in their prices in the local market.

Majali told Roya that the decision to stop exports came in order to preserve the stability of prices within acceptable rates, and that it is likely that prices will decrease within a period of no more than a week.

He indicated that the measure also came in conjunction with the approaching Holy Month of Ramadan, and within the ministry's plan to reduce burdens on citizens and ensure price stability.