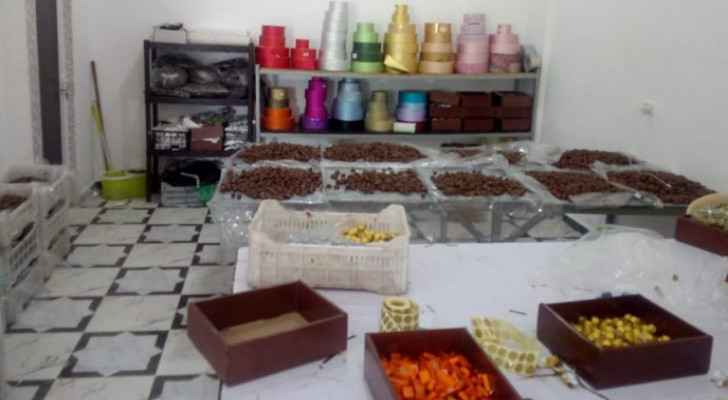 The Director General of the Jordan Food and Drug Administration (JFDA), Nizar Muhaidat, stated Thursday that JFDA inspection teams in the northern regions, in cooperation with the concerned authorities, closed a chocolate factory after expired nougat and unlicensed and unknown raw materials were found within products.

The team noted that the factory was operating in unsanitary conditions and did not hold the appropriate licences to run that kind of business.

Muhaidat added that the cadres seized several materials inside the factory amounting to 1,450 of foodstuffs which were unsuitable for use or human consumption.

He indicated that the directors of the factory will be referred to the competent authorities to take the necessary legal measures against them.

In another instance, Muhaidat revealed that JFDA control and inspection teams in Irbid destroyed a quantity of tamarind syrup estimated at 3,000 liters, after discovering its production at a home in poor sanitary conditions without the necessary licensing for selling them in markets.

In conjunction with the approaching Holy Month of Ramadan, the JFDA called on citizens not to purchase foodstuffs, including Ramadan commodities, except from approved and licensed places.

The JFDA invites citizens to communicate with them in the event of any inquiry or complaint via the 24-hour toll-free complaint line: 117114, via email at [email protected], or through WhatsApp at 0795632000.

Twelve hospitalized due to gas leaks in ....