IMAGES: PSD closes Desert Highway due to lack of visibility from dust

IMAGES: PSD closes Desert Highway due to lack of visibility from dust 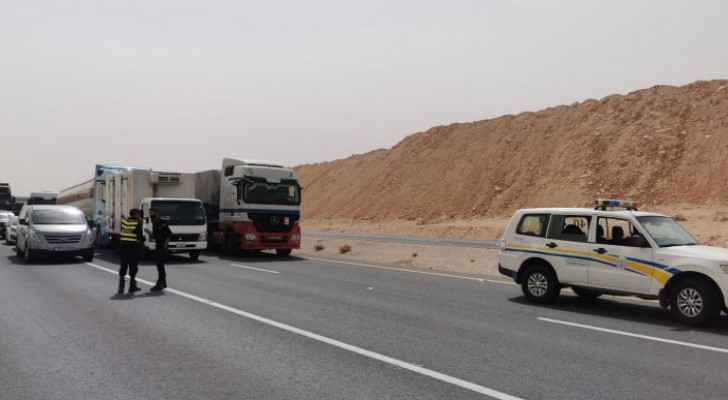 A Roya correspondent reported that external patrols closed the Desert Highway in Al-Abyadh area Tuesday, due to the lack of horizontal visibility on several areas of the road from the dust in order to preserve the safety of citizens.

The Public Security Directorate (PSD) announced that all roads in Jordan are passable, except for Al-Quwaira road towards Amman and the Ras Al-Naqab road towards Aqaba, which were closed due to dense dust and lack of visibility.

The Kingdom is affected by a new air depression coming from the north coast of Egypt, leading to hot weather with temperatures becoming 12-14 degrees Celsius higher than their usual rates for this time of year.

Following the dust waves, there is a chance of rainy showers during the evening hours, resulting in muddy conditions. 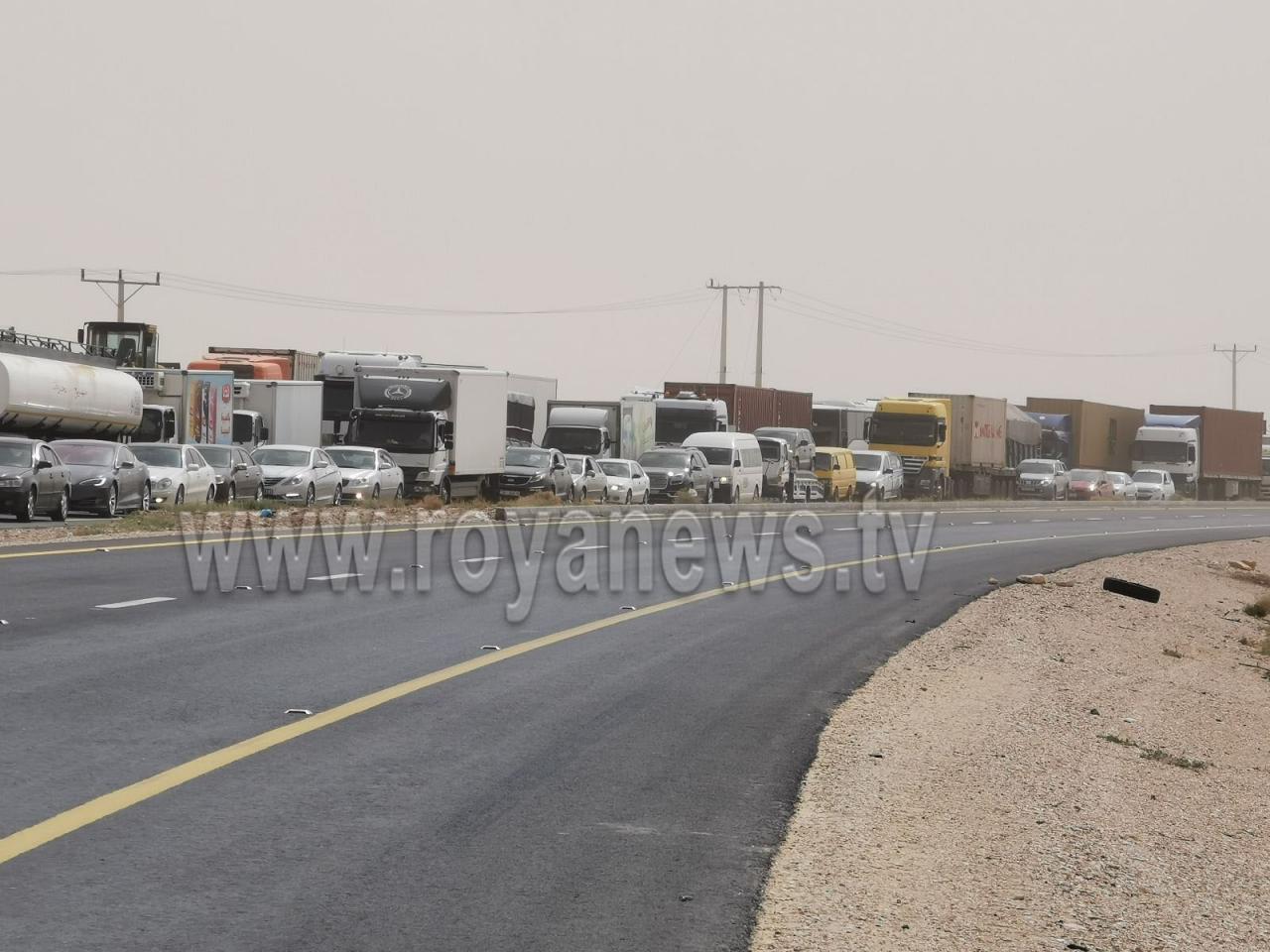 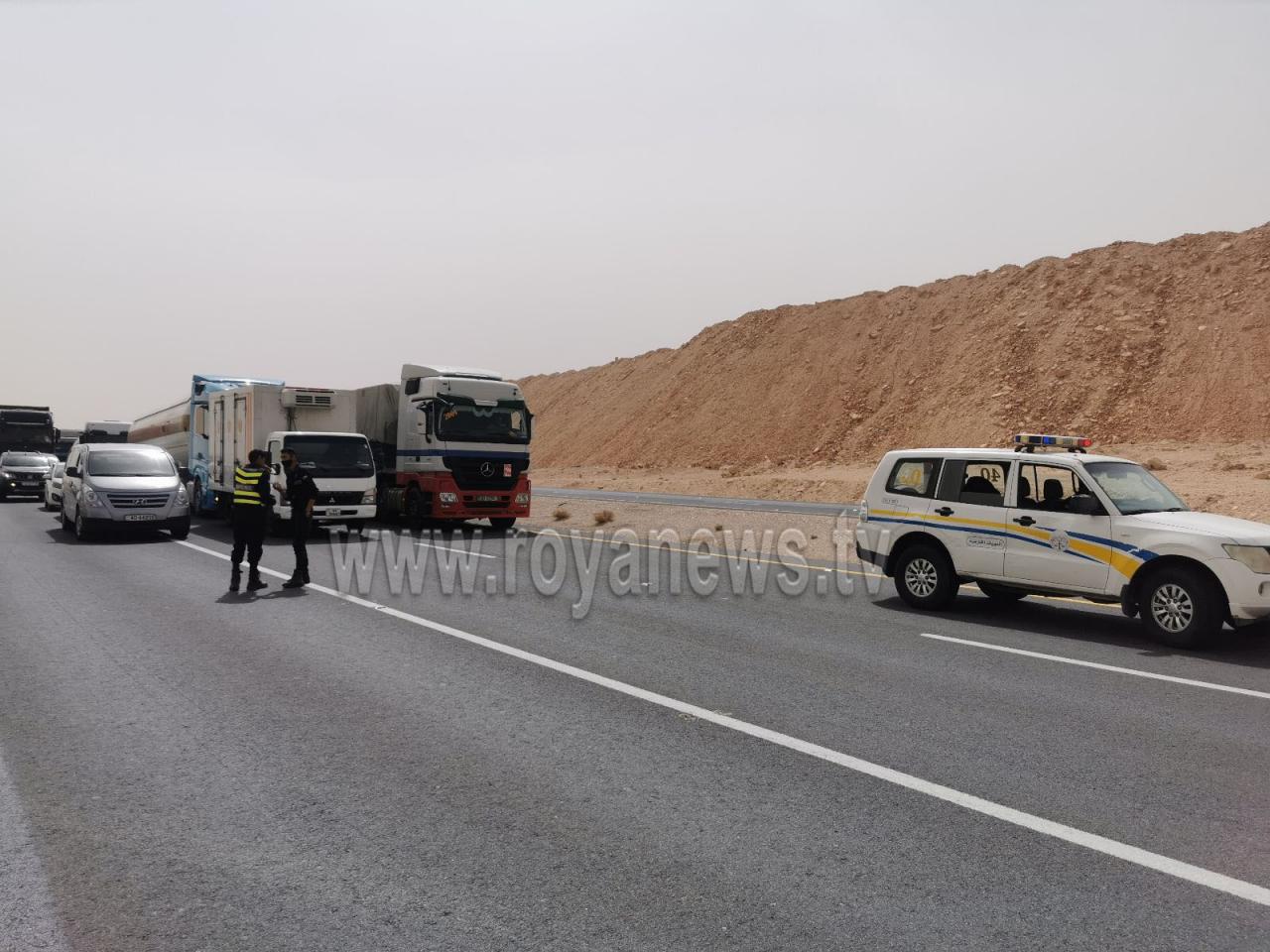 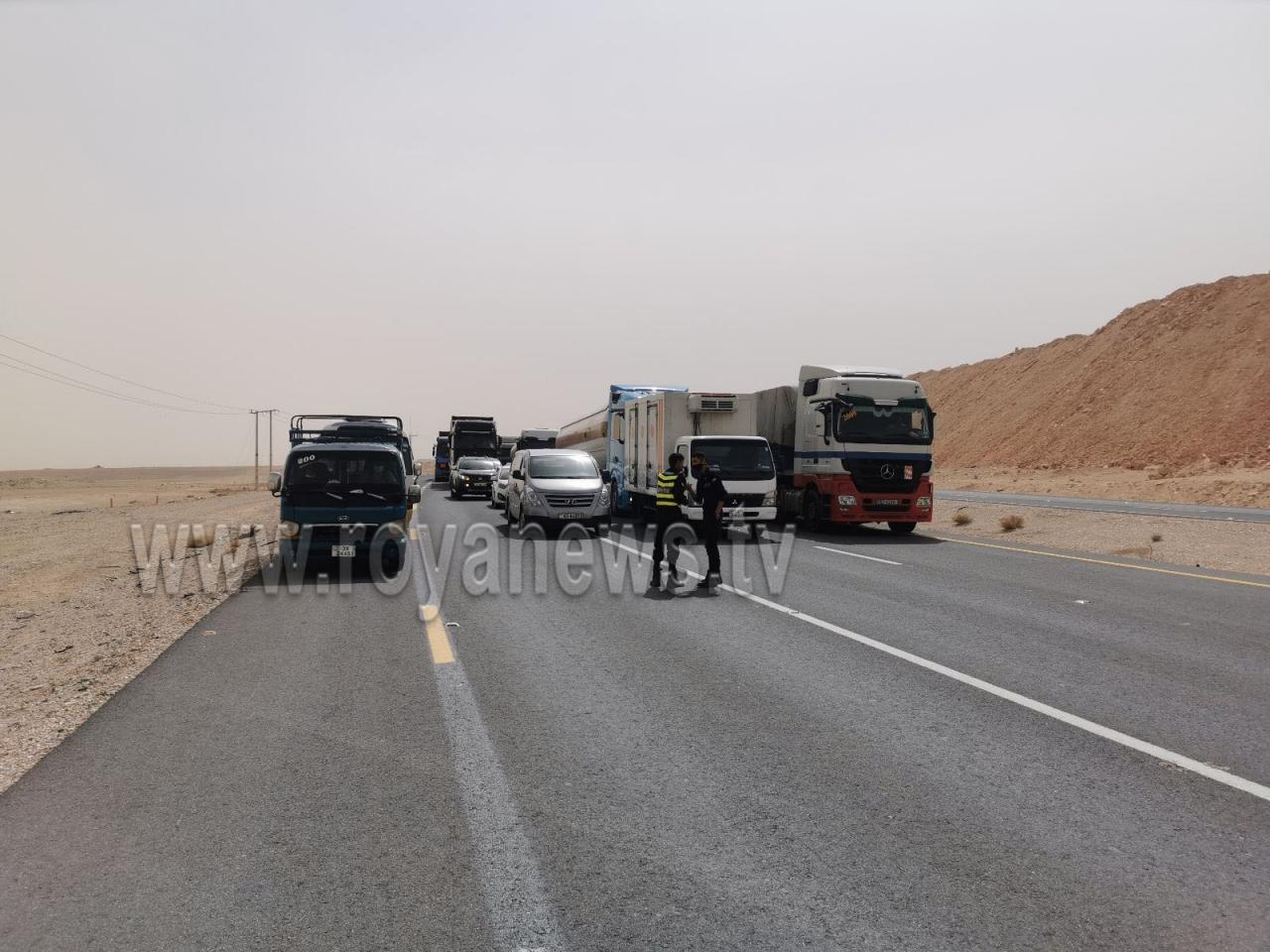 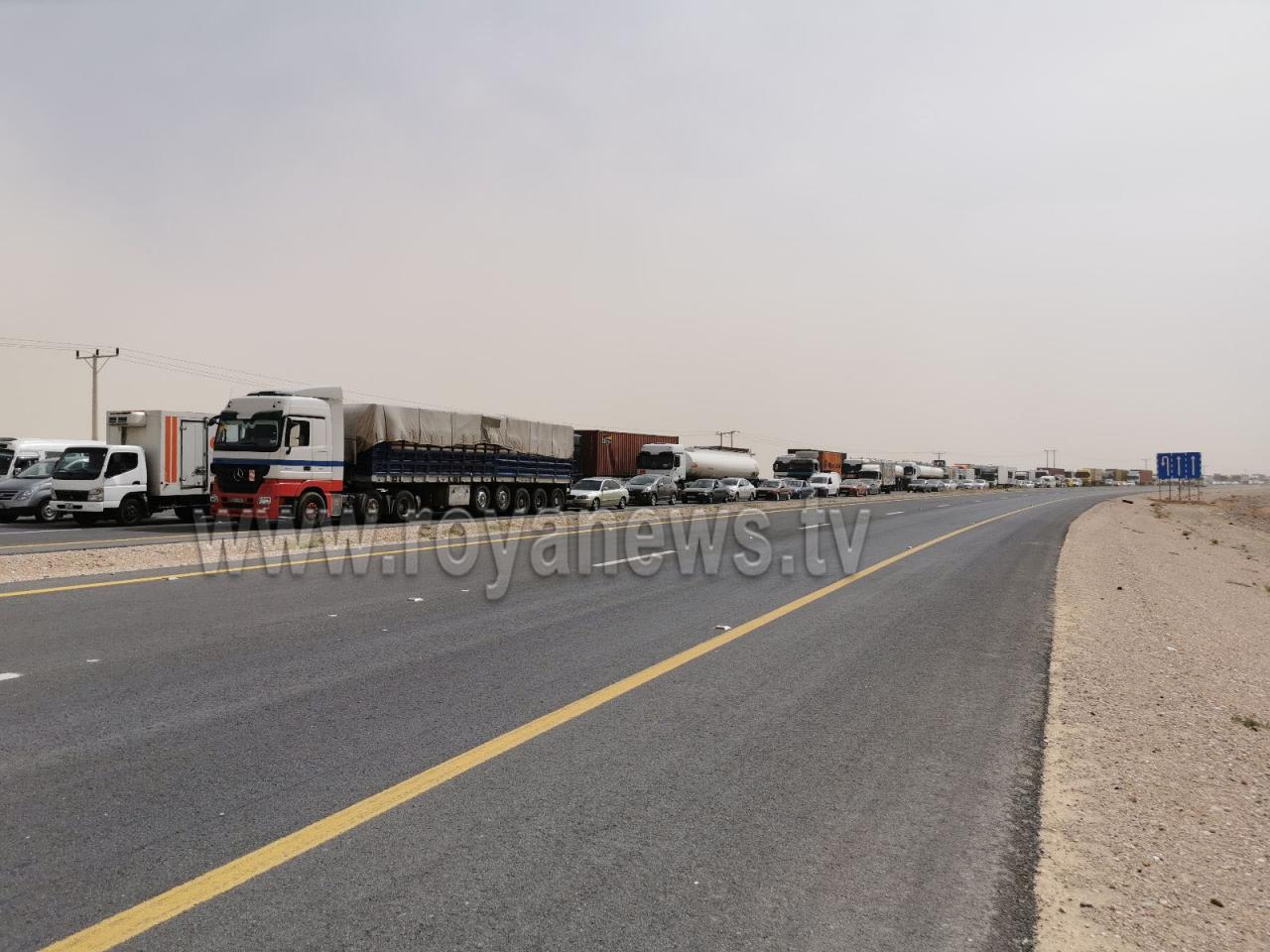