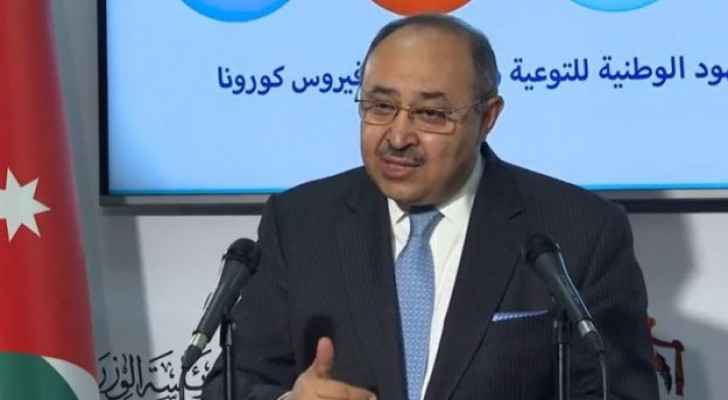 Friday, the Minister of State for Media Affairs, Sakher Dudin, said in statements to Jordan TV that the current measures in the Kingdom will bear fruit in three weeks and that cases will soon see a descent, indicating that the government must protect Jordanians.

He stated that the government is considering offering incentives to those who take both doses of the coronavirus vaccine in Jordan.

No indications were made of what the incentives would include.

Dudin pointed out the percentage of positive PCR tests is very 'dangerous', noting the importance of the voluntary commitment of citizens to the set preventive measures.

Dudin added that the government has contracted with major companies to bring in a total of 10,200,000 vaccines to the Kingdom, which is sufficient for 5,100,000 Jordanians and residents.