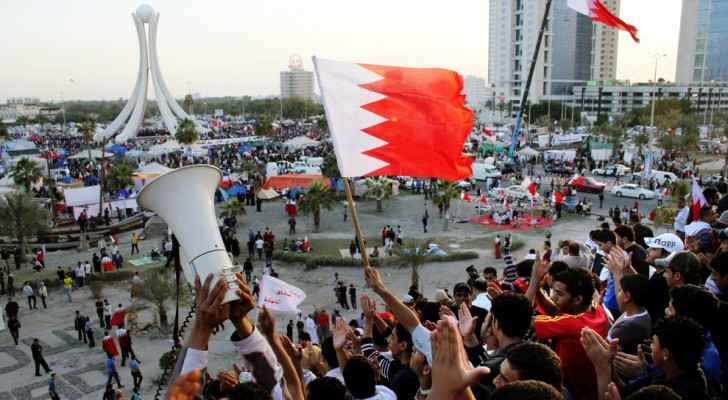 Sunday, limited and sporadic demonstrations took place in a number of areas of Bahrain on the tenth anniversary of the start of the 2011 protests.

The country deployment of a large amount of security forces, according to photos and online recordings.

Protests, led by Shiite party and social groups, erupted on Feb. 14, 2011 to demand the introduction of system reforms in the Kingdom ruled by the Sunni Al Khalifa family.

The demonstrations, which took place in many regions, including the capital, Manama, were met with severe repression, and were quickly quelled. Hundreds were imprisoned as a result.

Activists on social media posted photos of limited demonstrations with participants holding anti-regime banners on the outskirts of the capital, Manama. Riot police were deployed near the predominantly Shiite neighborhoods.

On Saturday evening, demonstrations were held in neighborhoods near the capital, as well as in the north and west of the country.

The number of participants remained very limited compared to the demonstrations in the past due to the tightening of security in the country in addition to the outbreak of the Coronavirus, with Bahrain witnessing an increase in the number of cases in recent days.

As protests escalated in 2011, Saudi Arabia sent 1,000 soldiers to support the regime, while the UAE sent 500 police.

The authorities attacked the movement and considered it an Iranian plot, and banned opposition parties and brought civilians to military courts and imprisoned dozens of peaceful political activists, which followed sharp international criticism.

"Ten years after the popular uprising in Bahrain, systemic injustice has increased, while political persecution has virtually closed any space for the right to freedom of expression," Amnesty International said in a statement.

Greece seeks to become a 'bridge' between Europe and Arab ....

Greece seeks to become a 'bridge' between Europe ....

Greece seeks to become a 'bridge' between ....