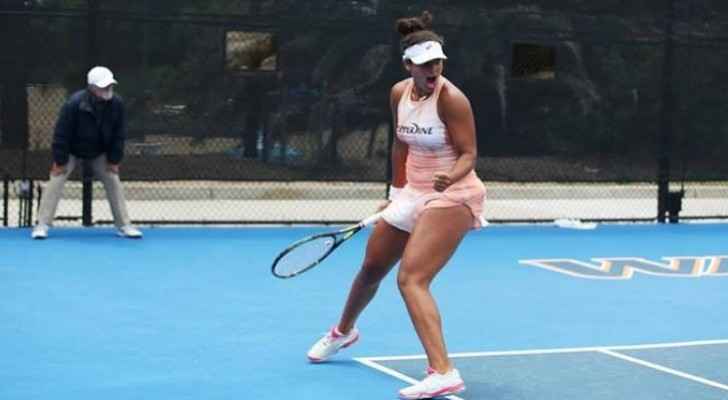 For the first time in Egyptian history, tennis champion Mayar Sherif climbed up to the second round of the Australian Open Tuesday, the first major tennis tournament of the year, 'Grand Slam.'

Sherif ranks 131 in the world, and defeated the 187th French player Chloe Paquette with a 7-5 lead in her first half of the match, only to receive the same results in the second half, therefore winning.

She was delighted to win her first Grand Slam after losing to Karolina Pliskova in last year's French Open.

"It means a lot because finally this is a barrier that I had to pass, a mental barrier," said Sherif.

The duration of the match was one hour and 41 minutes.

Mayar Sherif is ranked No. 131 worldwide, which is the best classification for an Egyptian tennis player.

Mayar is set to compete against Slovenia's Kaja Juvan in the second round, who won after Britain's Johanna Konta withdrew due to injury.

IS weakening from severe loss of territory and revenue, ....

IS weakening from severe loss of territory and ....

IS weakening from severe loss of territory and ....

IS weakening from severe loss of ....