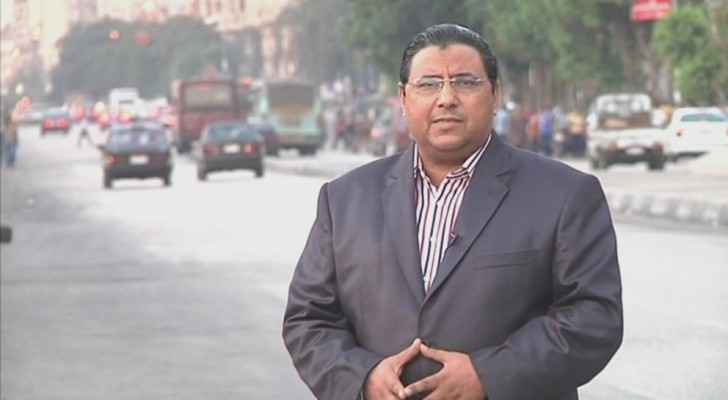 Thursday evening, Egyptian authorities released Al Jazeera journalist Mahmoud Hussein who had been in custody for four years on charges of "spreading false news," according to a security source told AFP.

The source did not give further details. Al-Jazeera, who had repeatedly demanded his release, did not confirm the release of Hussein.

The channel previously noted that no formal charges were brought against him and he was not brought to trial during the entire period of his detention.

"The decision to release him has already been issued, but he has not yet reached his home and he is still with the security services," the head of the Arab Network for Human Rights, Gamal Eid, told France Press.

Several security measures are usually followed by decisions to release prisoners, including transferring the prisoner to one of the security directorates or police stations before he is actually released.

In turn, the Egyptian Observatory for Press and Non-Governmental Media stated on its Facebook page that the Cairo Criminal Court decided to release the journalist with "precautionary measures" that usually include "police surveillance" of the released person.

Hussein's release comes in the wake of the restoration of relations between Egypt and Qatar within the framework of the Gulf reconciliation that was reached at the beginning of last month.

In June 2017, Saudi Arabia, the UAE, Bahrain and Egypt announced the severance of relations with Qatar, accusing it of being close to Iran and supporting extremist Islamic groups, which was denied by Doha.

Mahmoud Hussein was arrested in December 2016 at Cairo airport upon his return to Egypt.

Egyptian political analyst Amr Al-Shabky believes that Hussein’s release "is not far from reconciliation between Egypt and Qatar."

At the beginning of the year, Cairo witnessed the opening of the St. Regis Hotel, whose investments amounted to about one billion dollars, according to media reports, and it is owned by a Qatari group. The inauguration took place in the presence of the Qatari Minister of Finance, Ali Sharif Al-Emadi.

"It would not be surprising if the Egyptian government sought ways to remove barriers to increasing Qatari investment," said David Roberts, assistant professor at King's College London. However, he added that Hussein's termination of pretrial detention "may have happened according to a purely random timing."

According to Egyptian law, the maximum period of pretrial detention is two years. But like many prisoners of conscience and political prisoners, the accusations against Mahmoud Hussein were "recycled" after he finished the first two years, and charges were brought against him in a new case at the end of 2018, and the maximum period of his pretrial detention pending the second case expired at the beginning of this year.

Since Egyptian President Abdel Fattah El-Sisi took power in Egypt following the overthrow of Islamist President Mohamed Morsi in light of a popular uprising in the summer of 2013, the authorities have launched a crackdown that included media professionals, activists and opposition politicians.

Hundreds of news websites have been blocked since 2017.

- 'Melting the ice' with the island -

The Qatari Al-Jazeera channel has been a source of great inconvenience to the Egyptian authorities since 2013. The channel’s activity was one of the points of contention between Qatar and its opponents before the reconciliation.

"For Egypt, Al Jazeera remains the most important source of inconvenience in terms of relations with Qatar," said Andreas Craig, assistant professor at King's College Institute, adding that Hussein's release may indicate a "goodwill gesture from Cairo (...) stating that it wants to dissolve Ice "with the island.

Amr Al-Shbaki expresses his belief that the release may also be related to "a conversation taking place in Egyptian political and media circles these days about a new trend towards openness, especially with regard to the file of detainees in custody of cases related to freedom of opinion and expression and those who have nothing to do with violence or incitement to violence."

"These interactions take into account international changes, especially the existence of a new American administration," he added.

"In general, it's about whitewashing a terrible human rights record a little under the Biden administration," says Craig.

Match between Shabab Al-Ordon and Al-Jazeera ....

Match between Shabab Al-Ordon and Al-Jazeera ....

Match between Shabab Al-Ordon and ....