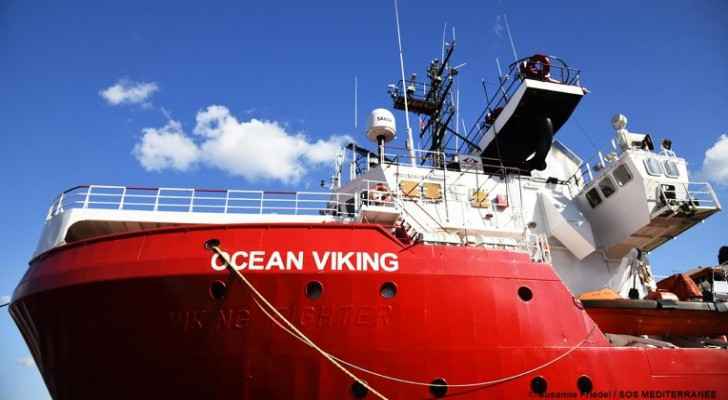 The SOS Mediterranean Ocean Viking ship team Thursday rescued 121 people off the coast of Libya, who were on board an overcrowded inflatable boat, the organization said in a tweet. Among the migrants are 19 women and two children.

Their boat was "in international waters, 30 nautical miles (about 56 km) off the coast of the Libyan city of Khums," according to the organization.

Jan. 11, the ship resumed its activity from Marseille, after it was docked for five months in Italy.

It is currently the only rescue ship of a non-governmental organization in the region.

Since its return, the ship has rescued 374 migrants who tried to cross to Europe, including a woman who was eight-months pregnant, whom the Italian coast guard managed to evacuate.

The non-governmental organization told Agence France-Presse that the ship of the organization "SOS Mediterranean" then left the port of Augusta (Sicily) on Tuesday.

Refugees coming from several countries, especially Tunisia and Libya, cross to reach Europe via Italy, which has the closest coasts to the region.

In total, 1,200 migrants lost their lives in 2020 on average, the majority of whom were crossing this route to Europe, according to the International Organization for Migration.

Ocean Viking has sometimes been accused of worsening the conditions of migrants, as smugglers no longer use quality ships to transport migrants, but instead utilize rubber boats and leave a phone number with one of the migrants to call for help if needed.

The European Union has been divided over how to handle the issue since the migrant crisis began in 2015, when more than a million of them landed on European shores.

Jordanian doctor dies in Libya due to stroke and COVID-19

Jordanian doctor dies in Libya due to stroke and ....

Jordanian doctor dies in Libya due to stroke ....

Jordanian doctor dies in Libya due to ....