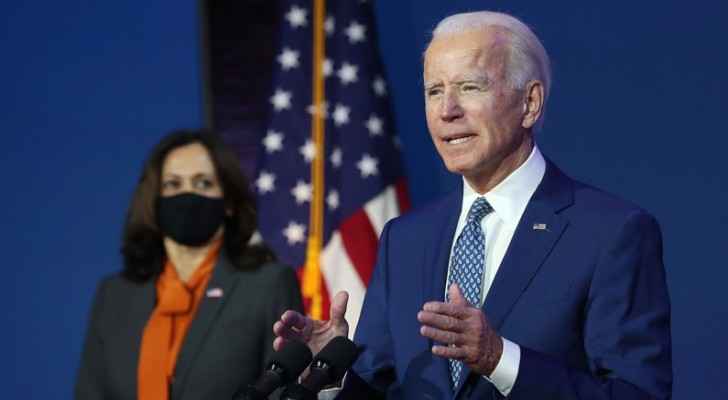 Monday, US President Joe Biden will re-impose a ban on entry to the United States that includes most non-US citizens who have visited Britain, Brazil, Ireland and most of Europe, according to a White House official, as the new administration intensifies its work to respond to the pandemic.

The official added that Biden will expand this ban to also include travelers who recently traveled to South Africa, confirming information reported by US media.

This Democratic President’s decision is part of the new US administration’s plan to curb COVID-19.

Friday, Biden predicted that COVID-19 would cause more than 600,000 deaths in the United States, the country most affected in the world by the pandemic.

He said during a press conference, "The spread of the virus is exacerbating. The number of deaths is now 400,000, and it is expected to exceed 600,000," giving the highest expected death toll from the outbreak of the virus in the United States.

"Families are going hungry. People are at risk of evacuating their homes. Job losses are rising again. We have to act," Biden added.

The new president last week tightened rules for wearing masks and ordered travelers to the United States to be quarantined.

Biden said Thursday, "We are in a state of national emergency. It is time for us to treat it as such."

Former US President Donald Trump announced that the ban imposed on travelers from Brazil, Britain, Ireland and European countries that are part of the Schengen space will be lifted on Jan. 26, after which travelers will only have to present a negative COVID-19 test.

Trump said in a statement issued by the White House, "This measure is the best way to continue protecting Americans from COVID-19 while at the same time resuming travel safely," noting that the travel ban will, in return, remain in effect for travelers from China and Iran.

But Biden's spokeswoman said earlier that the new administration will not implement the decision issued by Trump to lift the ban on travelers to the United States from Brazil and most European countries.

In a tweet on Twitter, White House spokeswoman Jane Saki said Wednesday after Biden was sworn in, that "with the deterioration of the epidemic situation and the emergence of more contagious mutated copies around the world, this is not the time to lift restrictions on international travel."

Sunday, the United States officially crossed the threshold of 25 million new coronavirus infections since the start of the pandemic, a few days after Biden took office. More than 417,000 have died.

At the beginning of January, the US recorded its worst numbers yet, breaking its daily case and death records several times. California, in particular Los Angeles County, continues to be hard-hit by the virus, with many of its hospitals at capacity.

Limited testing remains a concern in the US, where numbers are likely much higher than those recorded.

Biden included fighting the pandemic at the top of his mandate's priorities. Thursday, his administration revealed a detailed road map to combat the outbreak of Covid-19, which is mainly based on increasing vaccinations, in parallel with the increase in the number of examinations.

Also read: Biden, Johnson discuss 'cementing the alliance' between US and Britain