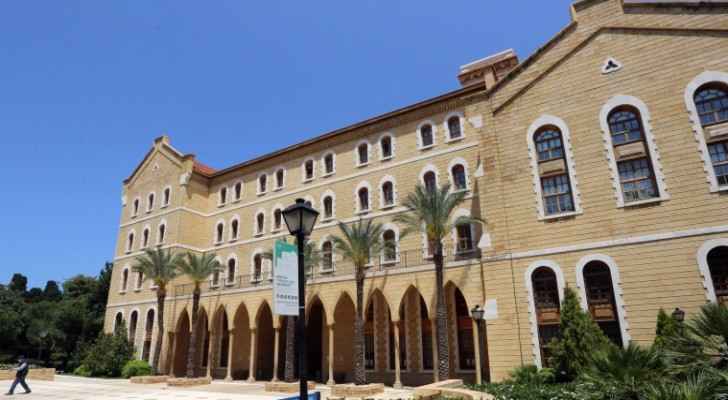 Clashes erupted in Beirut Saturday between security forces and students protesting against the decision of private universities to adopt a new exchange rate for the dollar to set the price of tuition fees, which means an increase in them accordingly.

A correspondent for France Press said that the security forces fired tear gas near the entrance to the American University of Beirut in the Hamra neighborhood to disperse the demonstrators who tried to approach the main gate.

The students responded by throwing projectiles at the policemen, who formed a human shield to block their path. There were no reports of injuries.

The protests come on the heels of the decisions by AUB and the Lebanese American University to set tuition fees at an exchange rate of 3900 Lebanese pounds to the dollar, instead of the official rate (1500 pounds to the dollar), which means a sharp increase in these fees.

Students fear that other universities will follow their example and thus cause a mass exodus to public universities that suffer from lack of funding and the large number of affiliates.

Hundreds of students gathered in Hamra during the day on what they called "Student Rage Day" and chanted anti-government slogans calling for affordable education in a country mired in the worst economic crisis since the 1975-1990 civil war. According to the United Nations, more than half of Lebanon's population currently lives in poverty.

Later in the evening, protesters set fire to garbage bins and attacked banks before security forces dispersed them.

During the year, the Lebanese pound lost more than two-thirds of its value against the dollar on the black market, as the dollar was traded on Saturday for at least 8,200 Lebanese pounds. As a result, the prices were multiplied several times.

Banks even stopped dealing in dollars and restricted withdrawals to Lebanese pounds.

Universities have had difficulty dealing with the devaluation of the currency, especially because the government maintains a fixed official rate.

After major tuition markup, AUB no longer accessible to ....

After major tuition markup, AUB no ....