After major tuition markup, AUB no longer accessible to Lebanese 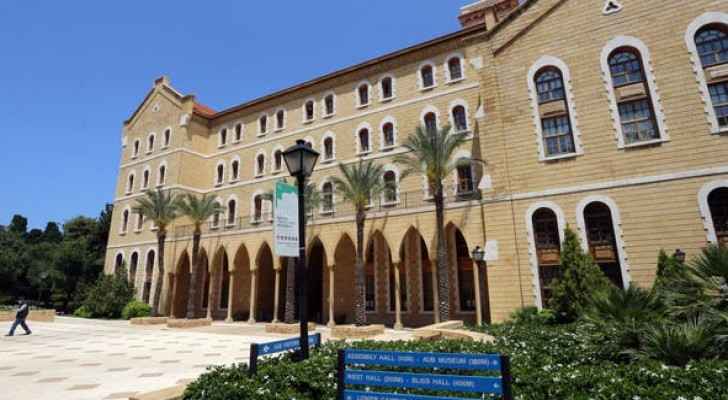 Amid Lebanon's suffocating economic crisis, the country's prestigious American University of Beirut, or AUB, Tuesday announced the near tripling of its tuition prices in Lebanese local currency, making the already-pricey university inaccessible to the vast majority of citizens.

To AUB President Fadlo Khuri, the university's new exchange rate of 3.9LL to the dollar is reflective of both the multi headed crisis facing Lebanon, and a government that has not supported higher education in the midst of it.

“We delayed it as far as we can, hoping for an economic rescue of Lebanon as a country and some kind of sustainable plan … clearly that’s not imminent,” he said in a statement.

The changing of the rate is significant, though not entirely surprising: the Lebanese pound, which had stably been pegged to the dollar at the rate of 1.5 LBP for almost 25 years, this year lost over 80 percent of its value, leading many sectors to offer various iterations of the rate, sometimes up to 10LBP to the dollar, in an effort to keep prices competitive whilst maintaining their own livelihood.

Salaries did not match the inflation rate, meaning the average citizen's monthly salary of 1,500,000 LBP is now worth about $200 at the current black market rate of 8.0LL to the dollar. The Lebanese minimum monthly salary remains unchanged at 675,000 pounds.

At the new rate, a year of tuition at AUB will cost 93,600,000 pounds, not including other associated expenses like books and laptops.

While Khuri said 300 new scholarships have been established to help students with the rising cost, he's also aware it will likely not be enough, acknowledging that hundreds of students have already dropped out of the university, with several hundreds more expected to do so in the spring semester amid the tuition rise.

The price hike is "completely unaffordable," he said.

For some, however, AUB's inaccessibility to ordinary Lebanese is not a new phenomena, but simply an exacerbation of an already largely unequal society.

"It's not like AUB was ever affordable to someone who wasn't making tons of money. The only difference is now people getting paid in Lebanese [pounds] can't afford it," said one AUB alumni who identified himself as Mohammad Z.

"But you can't say 'oh, look at the crisis, now people can't go there.' Most people could never go there anyway."
Before the changing of the rate, AUB's yearly tuition rang in at 36 million pounds, which is more than a year's salary for the average person.

But in fact, the political and financial elite's removal from the daily struggles of most Lebanese was a leading cause in the country's October 2019 revolution, or thawra, which sparked the beginning of mass protests in the country that led to the removal of then-PM Saad Al Hariri.

The election of technocrats to parliament in 2020, a major demand from Lebanese revolutionaries, left much to the imagination. Unable to deliver on major changes within the sectarian system that many blame as the root of corruption in Lebanon, PM Hassan Diab's government resigned in the wake of the deadly Beirut Port blast on Aug. 4, which killed 200 and injured thousands more. The blast was caused by the explosion of mass amounts of ammonium nitrate stored carelessly at the Port for years: for many, this exemplified the government's recklessness towards the Lebanese people.

In the aftermath of the government's resignation, new governments have tried and failed to form, with the economy- and the currency- continuing to spiral out of control in the meantime. Presently, Saad Hariri is, one year after his resignation, the PM-designate. His premiership, and unlocking the millions in international aid that have been made conditional upon Lebanon forming a functioning government, depends on his ability to form a new cabinet with President Aoun.

Until that happens, Lebanese citizens- including students- will continue to pay the unaffordable price.