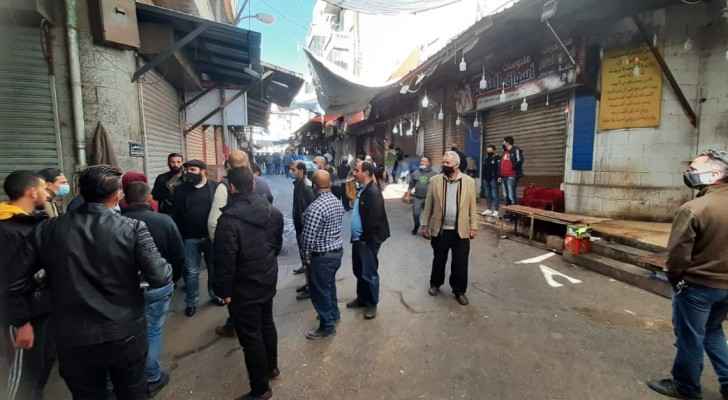 Owners of stores in the Nada and Sukkar markets in Downtown Amman closed their shops Monday in protest against the newly introduced ban that prohibits them from placing stalls or displaying products in front of their stores. The law now only allows them to display items at a distance of no more than 30 centimeters outside their shops, which they describe as unfair and a 'breach of their rights.'

The decision was made with the aim of removing all obstacles that block pedestrians' way on the streets and sidewalks. However, merchants told Roya that the decision will negatively affect their sales and limit customers' access to products.

A number of representatives and officials from the Downtown Security Center and Greater Amman Municipality went to both markets, negotiated with merchants and came to a decision that satisfies both parties. Business owners reopened their stores after they were given approval to display products in front of their stores in a way that does not hinder the movement of pedestrians.

VIDEO: Once more, non-compliance to health ....

VIDEO: Once more, non-compliance to health ....

VIDEO: Once more, non-compliance to ....