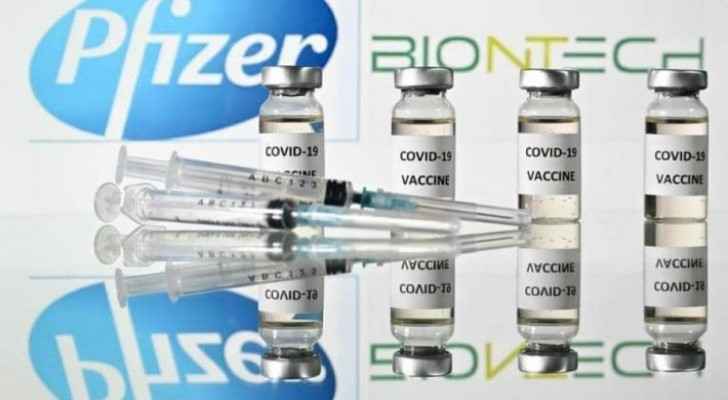 After the success demonstrated by the clinical trials of the Pfizer and BioNTech COVID-19 vaccine, the companies applied for an emergency use authorization (EUA) in order to begin distribution.

The pharmaceutical companies in a statement said, their vaccine candidate “BNT162b2," will be available for use in high-risk populations in the US by mid-to-end of December, with the vaccine requiring two doses several weeks apart, after which immunity is achieved.

The President of the European Commission, Ursula von der Leyen, said Thursday that the European Union could license a vaccine from Pfizer and Biontech, and another vaccine produced by Moderna, before the end of December.

The European Medicines Agency could grant "a conditional marketing authorization (...) from the second half of December if everything goes without problems," added Leyen during a video conference with other EU leaders.

The two companies announced earlier they may obtain, within the next month, the approval of American and European regulatory agencies for the emergency use of their vaccines, after the results of the final experiments showed that the success rate of the vaccine is 95 percent, with no adverse side effects.

It was found that the effectiveness of the vaccine is stable in different age groups and ethnicities, which is a promising sign given that the disease has affected the elderly and other individuals more than others.

According to CNN, Pfizer CEO Albert Bourla said, "Filing in the US represents a critical milestone in our journey to deliver a COVID-19 vaccine to the world and we now have a more complete picture of both the efficacy and safety profile of our vaccine, giving us confidence in its potential."

Moderna is set to accumulate more safety data before filing for FDA approval.

The FDA have set up meetings with experts from the Vaccines and Related Biological Products Advisory Committee, Dec. 8 to 10., and by the end of these meetings it will be decided whether emergency use of the vaccines will be issued.

Both vaccines may receive FDA approval together based on safe data results, according to CNN, and if the vaccines are approved, they can be distributed immediately.

However, vaccinations will be unable to be administered without the Centers for Disease Control and Prevention (CDC) advisory committee review, who will also decide which groups will receive the vaccine first, and will determine whether everyone should get the vaccine.

Six most common public places to ....