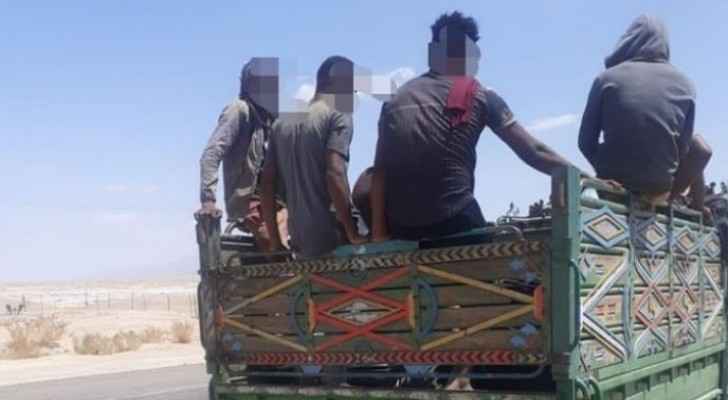 A medium-sized vehicle was seized after being caught carrying 27 passengers and driving at a speed of 170km per hour on the way to Amman, announced the Jordanian Traffic Department on Amen FM, on Sunday.

The spokesperson said the vehicle had violated Defense Order number three by carrying 27 passengers and broke traffic laws by exceeding the speed limit.

A total of 132 violations have been recorded for running a red light and 48 violations for concealing or tampering with license plates, over the past 48 hours.

A total of 1,367 reports involving traffic accidents were submitted and dealt with, which resulted in two deaths and a number of injuries.

A dump truck was also seized for carrying 11 passengers in the rear trunk.

Among the most prominent accidents on Saturday was a collision between two vehicles, which resulted in ten injuries, due to the over-loading of people in the back of a cargo vehicle.

The Traffic Department at the Public Security Directorate strengthened its in monitoring efforts to track all violations on the roads of the Kingdom to stop violations that threaten people’s lives and property.