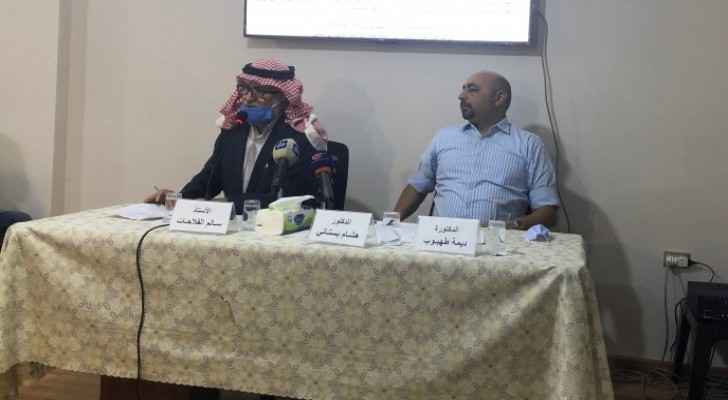 A press conference was held by the National Campaign against the Gas Agreement, on Sunday, in which it renewed its warning against the danger of the Israel-Jordan gas deal.

Ten billion U.S. dollars have been pumped into the Israeli occupation's treasury by the Jordanian government, but there has been no economic or political benefit for the Kingdom as a result, according to experts in energy and economics.

“What increases the pain is that Arabs are the ones who have restricted their options, as some believe, because those who make decisions in the name of Arab positions are not Arab,” said the Deputy Secretary-General of the Rescue and Partnership party, Salem al-Falahat.

Al-Falahat added, “So there’s no surprise when Arab countries refuse to extend their support to Jordan.”

Campaigners who participated in the conference said insisting on the Jordanian position in support of the Palestinian cause and rejecting the violations of the occupation and its expansionist policy need to be reflected on the ground. A decisive decision to cancel the widely rejected gas deal and a refusal to submit to regional or international pressures is vital to achieving that.

Mass demonstrations against Netanyahu in occupied ....