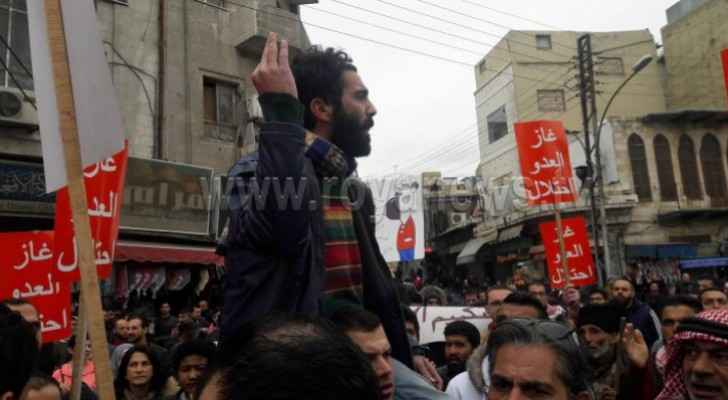 A recent opinion poll issued by the Center for Strategic Studies (CSS) at the University of Jordan has revealed that 66% of Jordanians support scrapping the gas agreement signed between Jordanian National Electric Power Company (NEPCO) and the US-owned Noble Energy, in the "Jordan Street Pulse" poll series.

The poll, conducted between January 21 and January 25, surveyed a "representative" sample of Jordanians from all the Kingdom's governorates.

On the energy agreement to import gas from Israel, 82% of respondents heard of the deal, while 18% said they haven't heard about it, showed the poll.

On the results, the vast majority of Jordanians, 66.5%, support canceling the Jordan-Israel gas agreement.

However, 14% of respondents were opposed to rescinding the agreement and 19.5% did not hear about this matter, according to the poll.