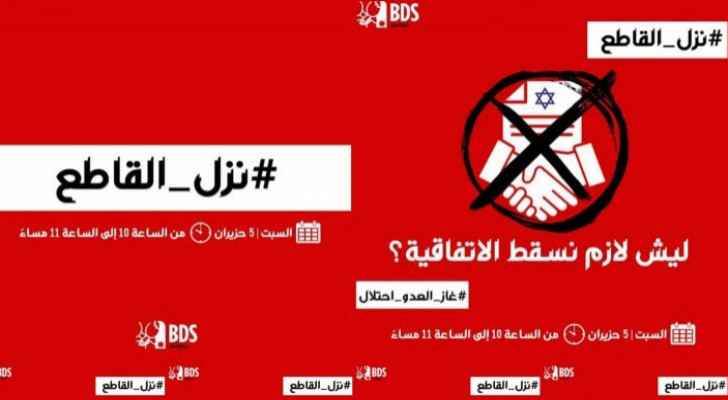 Jordan’s Boycott, Divestment and Sanctions (BDS) movement supported a campaign calling on the citizens and residents of the Kingdom to 'pull the plug' to create a 'blackout' as a form of protest against Israeli Occupation gas imports. Activists are urging everyone in Jordan to switch off their lights and electric devices Saturday from 10pm until 11pm

Jordan’s Boycott, Divestment and Sanctions (BDS) movement supported this movement and called on the Jordanian government to end its gas deal with the Israeli Occupation, describing the agreement as "the largest normalization agreement."

This movement came after the Israeli Occupation's recent aggression on Palestine.