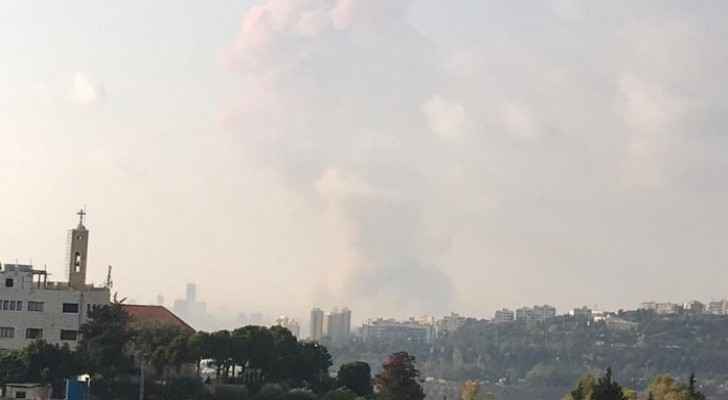 The blast, which occurred in the port area after a major fire broke out, has ripped through buildings and left vehicles upturned in the middle of roads.

Videos and photographs shared across social media show the moment of the explosion and the devastation just moments later.

Powerful explosions were heard in the area, which reverberated throughout the suburbs, and a huge column of smoke was seen rising over the city.

Residents have reported homes being completely destroyed, as well as windows being blown out and ceilings dropping.

Emergency services are currently trying to reach many casualties.