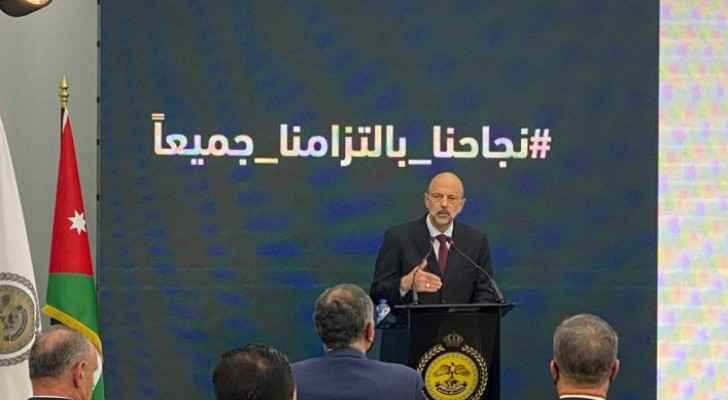 Prime Minister Omar Razzaz has confirmed that he has promising and reassuring news today, in which more sectors will reopen.

"Various sectors will reopen after the closure because of coronavirus crisis," Razzaz stated during a press conference the National Center for Security and Crisis Management.

He added, "there will be a general breakthrough in Jordan, and movement between governorates will be allowed in the coming days."

"We have reached this stage as we worked together and due to our commitment," the PM said.

He affirmed that the new procedures will achieve general improvement as sectors reopen, adding that citizens' health takes priority during this stage.