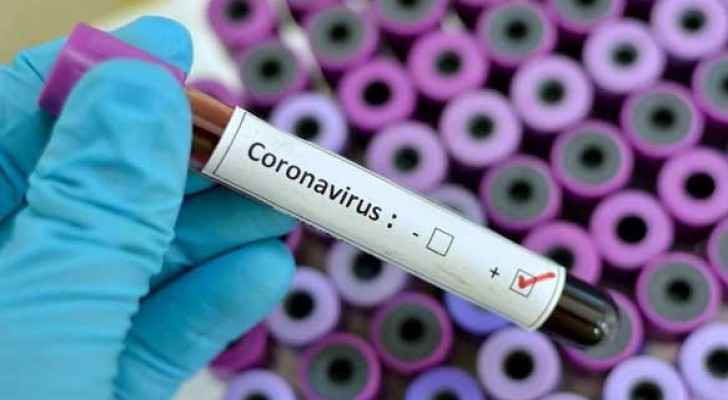 Jordan has confirmed two new coronavirus cases today for people coming from abroad, bringing the total number of cases since the beginning of the crisis to 730, according to a statement issued by the government and the Ministry of Health.

- A non-Jordanian truck driver who was tested at the Al-Omari border crossing, as he was sent back to his home country.

-A Jordanian student who has recently returned from Russia.

According to the statement, 10 recovery cases were reported today, including four at Prince Hamzah Hospital in Amman, six at Queen Alia Military Hospital.

A total of 3, 298 random tests were conducted today, bringing the total number of tests conducted since the beginning of the crisis to 180, 119.

The statement indicated that citizens in most governorates of the Kingdom showed great commitment to the comprehensive curfew today, where a limited number of violations was recorded.

The number of people who downloaded the Aman.jo application has risen to nearly 150,000, an increase of 50% within 48 hours and it is currently the most used application in terms of the number of daily download times on Google Play in Jordan.

The app will be available within days on IOS to enable iPhone users to use it.

The government calls on all citizens to use the app, as it helps to accelerate the detection of coronavirus cases in early stages, by informing the user if he had contact with an infected person and sending him alerts to report that.

What you need to know about coronavirus cases in Jordan until May 29: