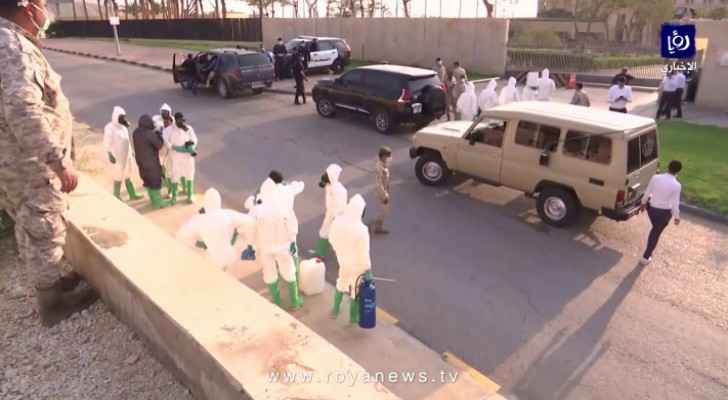 The Director of the Coronavirus Crisis Cell, Brig. Gen. Mazen Farrayah, has announced this morning that the quarantine period will be down to 14 days instead of 17 days.

In press statements, Farrayah said that limiting the quarantine period came pursuant to a recommendation by the Ministry of Health.

In statements he made earlier on Tuesday, May 27, Farrayah said that since the first phase of repatriating Jordanian citizens started, a total of 23 people have tested positive for coronavirus, among those quarantined at Amman hotels.

He added that the total number of cases among those quarantined at the Dead Sea hotels has reached 14, confirming that all of them have been evacuated.

The number of people quarantined in hotels in Amman reached 4,000, Farrayah confirmed.

"All of them have returned from abroad, including students and stranded citizens," he said.