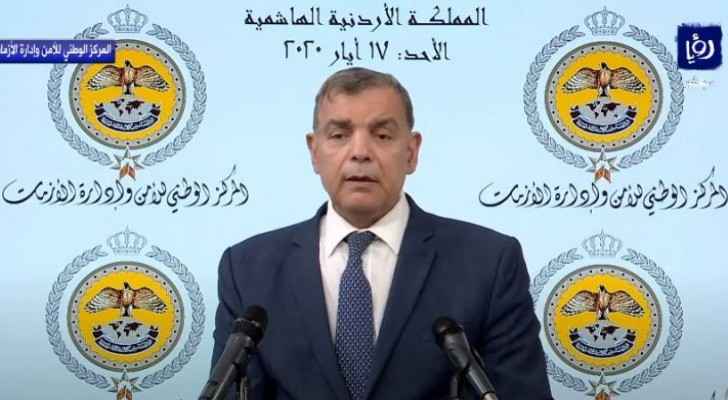 The Minister of Health, Saad Jaber, has announced that six new coronavirus cases were recorded in Jordan today, bringing the total number of cases reported since the beginning of the crisis to 613.

During a press briefing at the National Center for Security and Crisis Management, the Minister said that among the new cases are three truck drivers, who returned from abroad and were obliged to commit to home quarantine, explaining that they have recently undergone a third COVID-19 test and the results were positive.

The Minister added that one person has contracted the virus from the ice cream distributor in Jerash governorate, in addition to two truck drivers who were tested at the Al-Omari borders between Jordan and Saudi Arabia, of whom one is Jordanian.

He mentioned that four new recovery cases were reported in the Kingdom today.

"Nearly 4,200 random tests have been conducted today, bringing the total number of tests conducted since the beginning of the crisis to 144,356," Jaber confirmed.