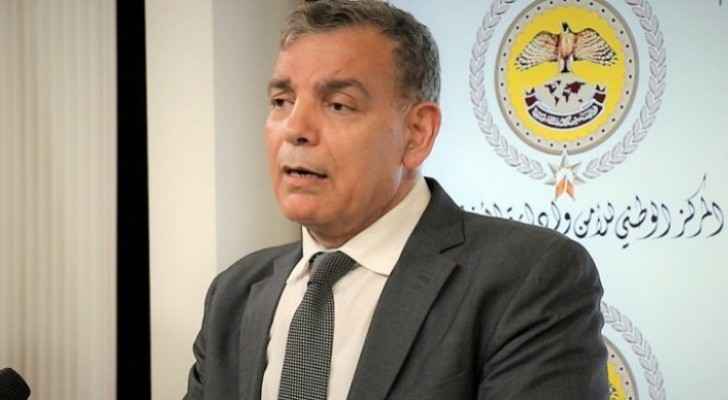 The Minister of Health, Saad Jaber, has announced that four new coronavirus cases were recorded in Jordan today, bringing the total number of cases reported since the beginning of the crisis to 576.

During a press briefing at the Prime Ministry building, the Minister said that among the new cases are two persons who had direct contact with the Mafraq truck driver, a student returning from the United Kingdom and was quarantined at a hotel in the Dead Sea area and a truck driver of an Arab nationality who was found infected at the Al-Omari borders between Jordan and Saudi Arabia.

He mentioned that one new recovery case was reported in the Kingdom today.

"Nearly 5,000 random tests have been conducted today, bringing the total number of tests conducted since the beginning of the crisis to 131, 985," Jaber confirmed.