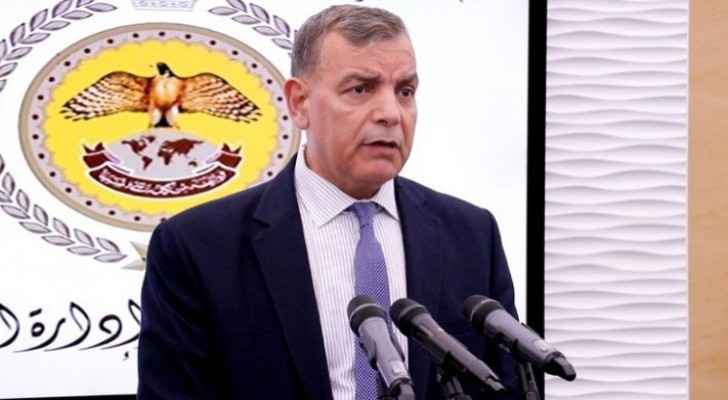 The Minister of Health, Saad Jaber, has announced that 11 new coronavirus cases were recorded in Jordan today.

During a press briefing at the National Center for Security and Crisis Management, the Minister said that the new cases were recorded in Mafraq for relatives of the truck driver who tested positive for the virus yesterday.

The Minister added that four recovery cases were reported today in the Kingdom.

"4,642 random tests have been conducted today, bringing the total number of tests conducted since the beginning of the crisis to 101,731 total," Jaber confirmed.

The Minister confirmed that all truck drivers that will arrive at the Al-Omari borders between Jordan and Saudi Arabia will be put in quarantine, adding that the Al-Khanaseri area where the cases were detected were isolated and 14 epidemiological inspection teams will head to Mafraq governorate tomorrow to test people there.

"We should all practice social distancing, wear face masks and wash our hands regularly, as the world considers Jordan as a model in dealing with the coronavirus crisis and its consequences and it sees Jordan as a hope in its fight against the virus, which has destroyed the economies of superpowers.

Also read: Nurse tests positive for coronavirus after having direct contact with infected driver in Mafraq