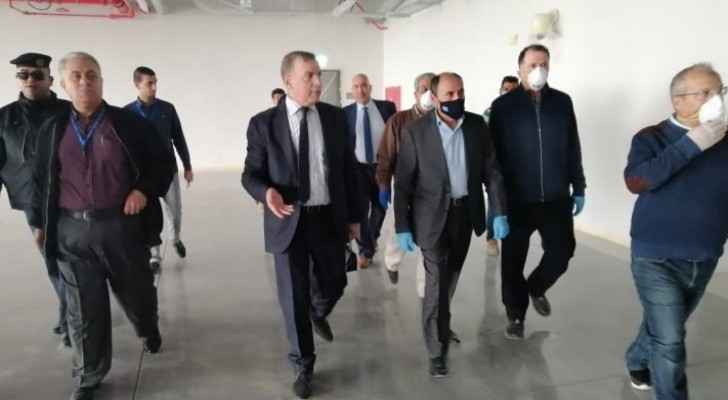 The $22-million project, with a capacity of 150 beds, aims to alleviate overcrowding at the Hospital, which is the Health Ministry's largest hospitals in the Kingdom.

Amoush said the expansion project came after repeated visits of His Majesty King Abdullah II, during which he stressed the need to raise the efficiency and preparedness of the hospital, which provides daily and around-the-clock medical care to large numbers of patients.

"The new 21,000-square-metre emergency building will be equipped with the latest and most advanced equipment, with a capacity of 147 beds as well as operating and intensive care rooms," he added.

For his part, the Minister of Health highlighted that the new addition comes to develop emergency services at Al-Bashir Hospital which receives more than 600, 000 patients annually, noting that the building has a special structure that allows rapid procedures in receiving patients and classifying their cases.

"The development and maintenance project started back in 2002 through three different stages, at a cost of about JD74 million, and is scheduled to be operational in the coming weeks" he added.

Jordanian arriving from Italy: I didn't undergo any ....

Jordanian arriving from Italy: I didn't ....