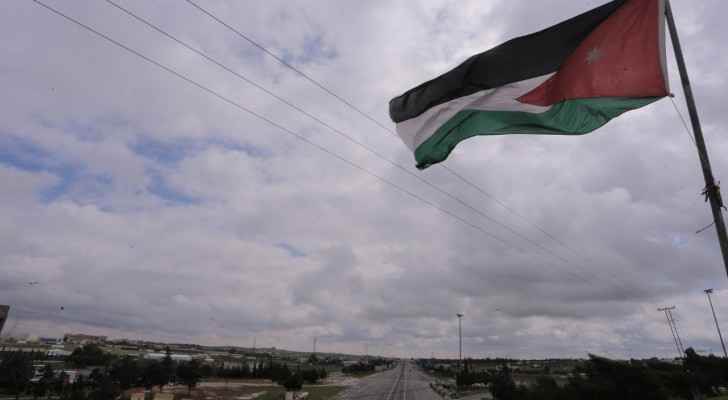 The American CBS News has published a report, praising the Jordanian government's early measures and efforts in facing the coronavirus outbreak.

"Jordan has been under total lockdown since March 14. After just a few COVID-19 cases appeared around the country, the government took extraordinary measures, including implementing strict emergency laws. The Jordan Armed Forces and police were deployed to patrol the Kingdom's streets, enforcing a strict curfew," the CBS has reported today.

"The hardest-hit part of the country was the northern city of Irbid, Jordan's second-most populous. There, against government advice, more than 450 people attended a wedding. It turned out the bride's father and sister both had contracted the new coronavirus abroad, and cases linked to the wedding soon spiked. The government imposed the harshest of all measures on the city, completely cutting its more than one million residents off from the rest of the country," the report, written by Amjad Tadros, added.

"Every day at 6:00 p.m. sirens echo around the country announcing the curfew, which remains in place until 10 a.m. the next morning."

"During the day people are only allowed to walk around their own neighborhoods to shop at local stores, provided they keep the recommended distance between themselves and others," the report indicated, adding the use of vehicles is strictly prohibited, except for those with permits to continue conducting essential business for the emergency services and supply chains. All public meetings, including prayers, church services, and funerals have been banned."

"First-time violators of the new rules face a fine of about $140, which doubles for a second offense and can lead to a prison sentence after that. Dozens of police checkpoints have been set up around the country to check the permits of people on the move. Those caught breaking the rules are put in jail and their cars are impounded. So far, more than 1,200 cars have been seized and police issued more than 300 fines on Tuesday alone."

The report included, "Despite the restrictions and the fact that Jordan was already struggling with poverty and high unemployment before the virus devastated peoples' livelihoods, few citizens are complaining. A recent poll by the Strategic Studies Center found that 74% of Jordanians approve of the measures taken by their government."

"To date, the number of confirmed coronavirus cases in Jordan is just 274, including 5 deaths. Those figures are low compared to Jordan's neighbors."

"Officials estimate that by April 4, they will be able to account for all COVID-19 cases that have entered Jordan from abroad. All Jordanian nationals arriving from abroad have been forced to quarantine for 14 days. More than 5,000 of these people have been temporarily housed in the rooms of otherwise-deserted five-star hotels in Amman and the Dead Sea resorts, where they're screened for symptoms for two weeks before being allowed to go home."

Director of the Amman-based Middle East Scientific Institute for Security Nasser bin Nasser, told CBS News that the Jordanian government "has been probably ahead of everyone else in the region. Despite a few mistakes here and there, they have quickly learned and mobilized effectively."

However, he declined to estimate an end date for the crisis. "I think it is important not to be tied to imaginary deadlines and milestones. It all depends on how effective the social distancing and preventative measure will be. Then the numbers will speak for themselves."

"Every night, Jordanians tune in to watch the daily briefing by the country's Health Minister, Dr. Saad Jaber. Jaber has become a household name and developed a huge fan base thanks to his assuring tone and his confident, frank and factual statements. Before becoming minister, he served as a heart surgeon in Jordan's military hospitals."

"I was a military man and a soldier before becoming a minister," he told his captive audience one evening, pleading with the country to heed the mandate to stay at home. "The military is used to giving orders and not asking for favors. Now, I beg you not to fail us and our efforts to save you."

Also read: German newspaper: Jordan is the safest country amid the spread of coronavirus worldwide