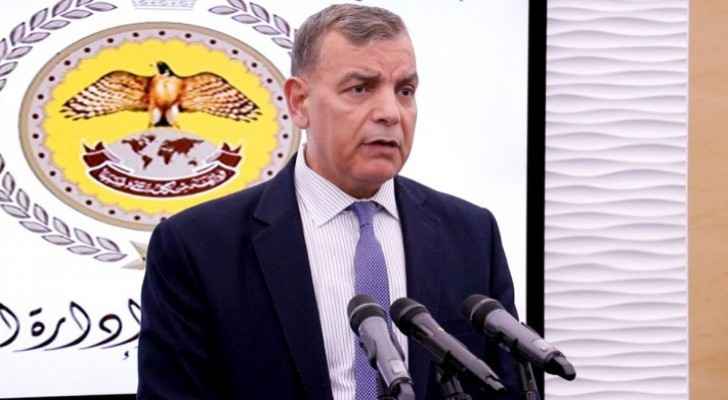 The Minister of Health, Saad Jaber, has announced that 13 new coronavirus cases were confirmed today, bringing the caseload to 259.

During a press briefing at the National Center for Security and Crisis Management, the Minister said that among the infected are five people in Irbid governorate, one person in the northern Hashmi (Hashmi Al Shamali) area of Amman, a woman who had direct contact with her brother who returned from Egypt, one case reported by the Royal Medical Services, one person who had close contact with a patient in Irbid, two girls who were quarantined at one of the hotels in the Kingdom after they returned from the United Kingdom and a woman whose infected daughter returned from France.

The Minister has also announced that a second death due to coronavirus was reported today. The deceased is a 77-year-old man.

"The epidemiological investigation teams were able to reach all people who had direct contact with them and 300 tests will be conducted, whose results will be shown tomorrow morning," Jaber said.

He mentioned that the people quarantined in the Dead Sea and Amman hotels, who will be discharged tomorrow, won't undergo more medical tests in line with the international protocol. Instead, they will be put in "home quarantined for two weeks.