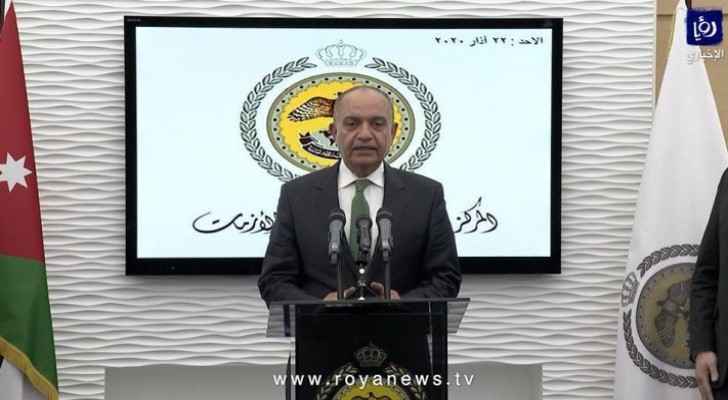 Over 25,000 tons of bread were produced today, Minister of State for Media Affairs Amjad Adaileh said during a press briefing today.

"We expected the heavy demand on bread during the first day of its distribution, but our expectations are that the demand will decrease during the coming days and that the crowd will disappear," Adaileh stated.

He pointed out that the work teams are currently studying how to pay the salaries of the private sector employees, stressing that the mechanism will be announced soon.

"The Ministry of Education has not canceled the second semester, and all news circulating in this regard are fake. If the Ministry decides to cancel the semester, an official announcement will be made immediately," the Minister stressed.

"We are aware of the suffering of farmers and the agricultural sector, and the concerned teams are searching for appropriate solutions that will be announced once they are agreed upon," he said.

Also read: Government: Bread will be distributed for 8 hours on daily basis