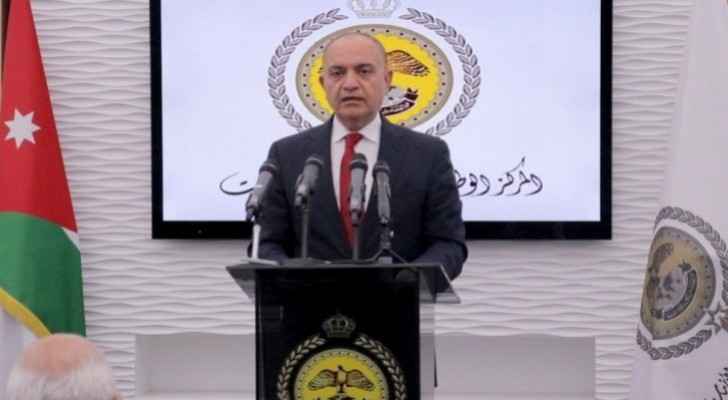 The government has announced today the mechanism that it would follow to deliver essential supplies to citizens, in light of the ongoing curfew.

Minister of State for Media Affairs Amjad Adaileh said that the government will be delivering citizens' needs of bread through municipalities, water distribution companies and major companies.

During a joint press briefing with the Minister of Labor, Nidal Bataineh, Adaileh confirmed that the necessary supplies will be home delivered as of tomorrow morning.

He reaffirmed that the curfew will last until further notice.

"Pharmacies will be open tomorrow, but without direct contact with citizens," he said.

For his part, Bataineh said that the necessary supplies that will be distributed include bread, water, medicine, infant formula, gas, diesel and kerosene.

He indicated that the National Aid Fund dues will be delivered to those who are entitled to them through a company.

"The salaries of the private sector will be paid before the end of this month," Bataineh stressed.

Also read: Media Affairs Minister: Bakeries, pharmacies to be open tomorrow without the curfew being lifted

Demand for bread increases ahead of ....