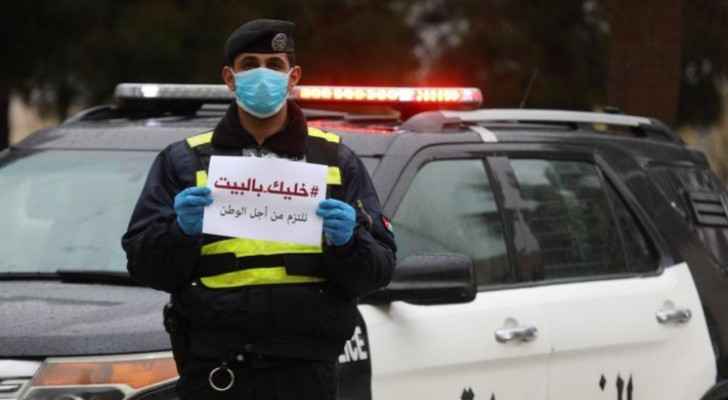 The Public Security Directorate (PSD) has launched "#Stay_Home" or "#خليك_بالبيت " (in Arabic) campaign as a mean to limit the spread of the novel coronavirus and to raise awareness among people.

The PSD said, "Let's all write "#Stay_Home" or "#خليك_بالبيت " on a piece of paper. Take a photo of you with the paper and send it to us so we can share it or you may post it on your personal social media accounts."

"Today, it is my role and your role to preserve our country and commit to the measures for the sake of the homeland... take a photo and send it to us and don't forget to "Stay_Home," the PSD added.

The following photos were posted on the PSD's Facebook page. Each photo has a phrase that reads "#Stay_Home" "#خليك_بالبيت".