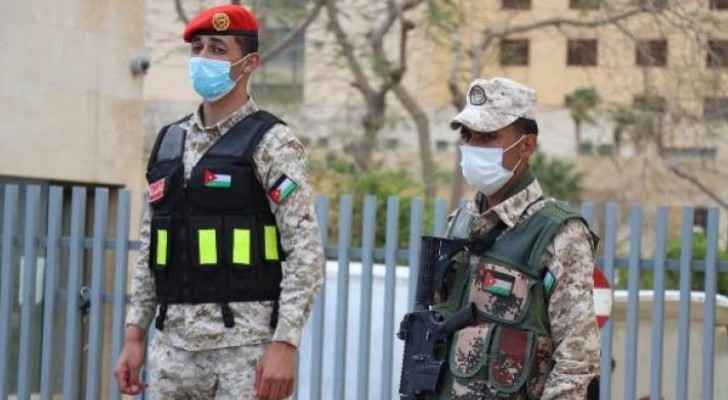 The government's new and strict decisions to fight the novel coronavirus have come into effect as of this morning.

On Tuesday, March 17, the government approved strict measures to face the crisis, which will be implemented for the next 14 days.

The decisions included the following:

1- Suspending work hours for all public departments and institutions, except for vital sectors to be determined by the Prime Minister based on the recommendation of the concerned minister

2- Suspending work hours for the private sector, except for the entire health sector, and vital sectors to be determined by the Prime Minister based on the recommendations of the Minister of Industry, Trade, and Supply

3- Preventing the gathering of more than 10 people

5- Ordering citizens not to leave homes, only in urgent cases

7- Stopping the printing of newspapers, as they raise the risk of virus transmission

10- Shutting down malls and commercial complexes, except for food supply centers and pharmacies

11- Setting up quarantine camps on the land ports for Jordanians returning through them. Jordanians abroad are urged to stay home and follow the procedures of prevention and safety determined by the countries hosting them

12- All precautionary and preventive decisions and measures shall be applied for two weeks as of tomorrow at 8:00 am

In addition, a Royal Decree has been issued, approving the cabinet’s decision to announce the implementation of the National Defence Law No. 13 of 1992 in the Kingdom, as of Wednesday, March 17, 2020.

What is the National Defence Law?

Article 2 of the Defense Law explains its objectives. It stipulates that, "upon a decision and a Royal Decree, a National Defence Law shall be passed in case of emergency that would threaten the national security or public safety in all parts of the Kingdom or in a region due to war, disturbances, armed internal strife, public disasters or the spread of a pest or epidemic."

However, the third Article of the Law states:

A- The application of this law shall be entrusted to the Prime Minister to take the necessary measures and procedures so as to ensure public safety and defend the Kingdom without being bound by the provisions of the regular laws in force.

B - The Prime Minister exercises his powers according to written orders.

C- The Prime Minister may delegate all or some of his powers to whomever he deems fit to do so throughout the Kingdom or in a specific region thereof, subject to the conditions and restrictions that he appoints.

The fourth Article of the Law states the powers of the Prime Minister under this law. The PM may exercise the following powers:

A- Placing restrictions on the freedom of people to gather, move, reside, and arrest or detain suspects or those who pose a threat to the national security and public order.

B- Assigning any person to perform any work or service within their ability.

C- Checking persons, places and vehicles without being bound by the provisions of any other law, and ordering the use of appropriate force in the event of opposition.

D- Setting possession of movable and immovable property and postponing debt payment and the accrued liability.

E - Preventing or restricting the importation, exportation or transfer of goods from one place to another and prohibiting their concealment, destruction, purchase or bartering them, and setting their prices.

F-Seizing any land, building, road, or source of water and energy, removing any trees or installations on them, establishing facilities for defense purposes instead and ordering the concerned parties to manage, exploit and organize their use.

G- Evacuating or isolating some areas and imposing curfew on them.

H- Ordering some or all public stores to open and close at specific times.

I- Regulating and specifying transportation between different regions, blocking any road or water stream or changing its direction and preventing traffic or regulating it.

J- Monitoring messages, newspapers, publications, pamphlets, drawings, and all means of expression, publicity and advertisement before they are published and seizing, confiscating, suspending, and closing the places where they were prepared.

K - Preventing taking pictures or making designs or maps for any specific place or thing that might benefit the enemy, preventing having any photographic equipment or materials for making photos, designs and maps in such places and preventing staying for so long in those places without a legitimate excuse.

L - Cancelling licenses of firearms, ammunition, explosives, or explosive materials that are used in the manufacture of explosives, preventing their manufacture, sale, purchase, transfer, disposing them, ordering their delivery and seizure, and closing the shops where they are sold or stored.

M- Preventing the manufacture, sale, purchase or possession of telecommunications equipment and ordering their delivery and seizure.