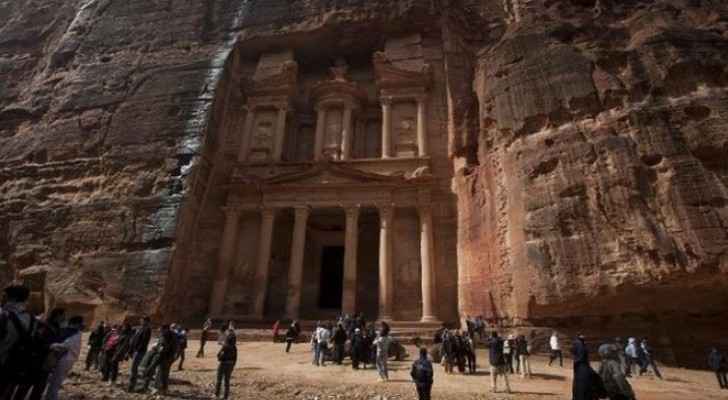 An Italian tourist has died today after a rock fell on him in the Rose City of Petra, according to Roya's correspondent.

The 35-year-old tourist was visiting petra with three other Italian tourists when the rock fell on him near the end of the narrow passage (Siq).

For its part, security services launched an investigation to find out how the incident occurred.

However, the preliminary investigation confirmed that no one pushed the rock fo fall.

In a statement, the Petra Development Tourism Region Authority (PDTRA) explained that the rock fell due to the heavy rainfall that the area witnessed last night.

It added that there are a number of rocky sections in the city that will be removed next month in cooperation with the United Nations (UN) programs.