Weather update: Windy, rainy and snowy weather in the forecast 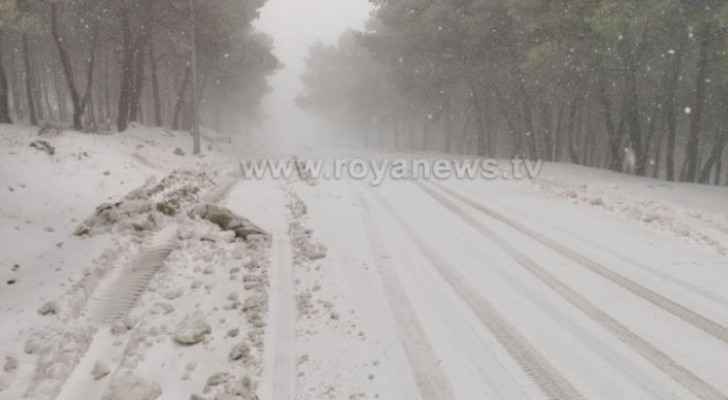 A weather depression centered over Syria and accompanied by a cold air front will hit the Kingdom as of this evening, according to weather forecasters at Arabia Weather.

Rainfall is expected in the northern and central parts of the Kingdom this evening.

After midnight, rainfall may be heavy at times and accompanied by thunderstorms and hail showers.

Speedy winds that may be of 100 km/hour are in the forecast, especially in the Badia region and the high mountains.

Arabia Weather has warned of flooding in the valleys and lowlands during late night and on the dawn of Friday, January 24, due to heavy rainfall.

The impact of the weather depression will affect the eastern and southern parts of the Kingdom on early Friday, with a chance of snowfall over the southern high areas that exceed 1500 meters above sea level, especially the high areas of Tafilah, Al Qadesiyyah, Al Rashadiyyah and the high areas of Shoubak and Petra in Ma'an.

Later in the day, the polar air mass will begin affecting the northern and eastern parts of the Kingdom, setting up the chance of light snow over the high areas of Jerash, Ajloun, Mafraq, eastern Badia and Balqa.

At night, the impact of the air mass will taper off, however, a strong wave of frost will affect several parts of the Kingdom.

Arabia Weather warns drivers of frost forming after midnight and the risk of slippery roads due to rainfall.

However, stable weather conditions are in the forecast on Saturday. The weather will be generally cold during daytime, with frost forming at night in most parts of the Kingdom.