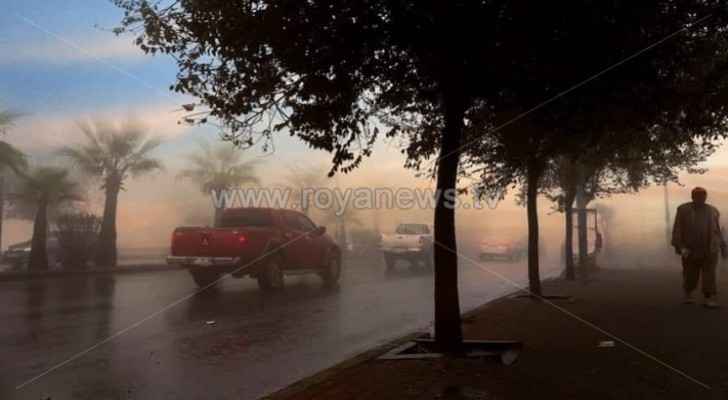 The Kingdom will get affected by a second-degree weather depression as of tonight, which will set up the chance of heavy rainfall, hail showers and strong winds.

The latest weather updates published by Arabia Weather indicated that the weather will be extremely cold and cloudy during daytime, with a chance of rain showers in some areas.
Temperatures are expected to be 5-7 degrees below their annual average, with western moderate speed winds, causing dust to rise in the Badia region.

At night, extremely cold weather is in the forecast in various areas of the Kingdom.
The northern and central parts of the Kingdom will witness heavy rainfall that may be accompanied by hail showers after midnight.

Strong winds of 90-100 km/hour are in the forecast, causing dust to rise in the southern and eastern Badia regions.

Citizens are warned of the following:

Tomorrow, the Kingdom will remain under the impact of the weather depression. A further drop in temperature is expected, as temperatures will be 6-8 degrees below their annual average.

In the morning, rainfall is expected in the northern, central and eastern parts of the Kingdom. Rain may be heavy at times and accompanied by hail showers.

Later in the day, heavy rainfall is in the forecast in the southern regions, with some snowfall over the southern high areas.

Northwesterly active winds that may exceed 90 km/hour are expected.

At night, chilly weather is expected, as temperatures may reach zero or below in various parts of the Kingdom.

Citizens are warned of frost forming at midnight in several areas of the Kingdom.