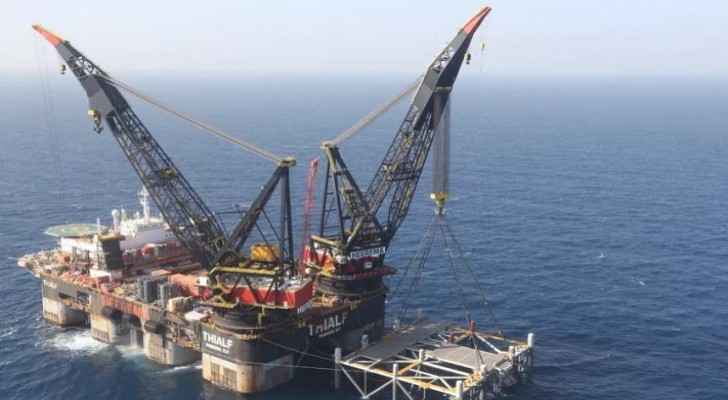 Noble Energy and Israel’s Delek Drilling and Ratio Oil announced that operations had commenced, effectively doubling the amount of Israeli-produced gas. The partners invested about $3.6 billion to develop Leviathan.

A portion of this field's gas will later be exported to Jordan and Egypt via pipelines.

The Leviathan gas field is located 130 kilometers west of the port city of Haifa, and at a depth of 1,700 meters.

Last week, the Israeli occupation’s Environmental Protection Ministry temporarily postponed the start of production at the offshore Leviathan gas field and the project’s partners said they were working with the ministry to bring the field online within a few days.

Leviathan was supposed to begin operations On December 24, but the ministry, which monitors emissions from the project, said at the last minute it needed to receive extra data from the energy companies running the field.

The Jordan National Electricity Company had signed a gas agreement with the US Noble Energy for the transfer of Israeli gas from Leviathan natural gas field, where the gas is scheduled to be exported to Jordan at the beginning of 2020 despite the popular and parliamentary protests against normalization with the occupying entity in refusal of the Jordan-Israel gas agreement.