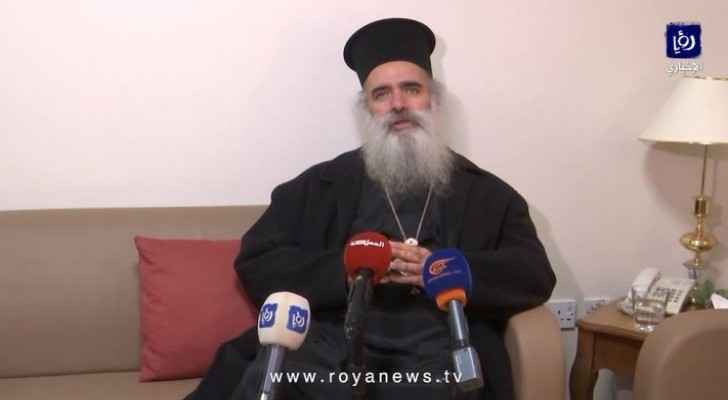 Speaking to reporters today, the Head of the Sebastia Diocese of the Greek Orthodox Church in Jerusalem Archbishop Atallah Hanna reiterated that the Israeli occupation bears full responsibility for poisoning him.

He pointed out that the occupation uses complex toxic substances and their results may appear after months or years.

He said that there are Palestinian doctors coordinating with a German hospital to test the toxic substances and to complete his treatment.

The Archbishop revealed that a chemical substance has been put in his home since December 14, confirming that since that day, he has suffered from pain and aches.

He stated that he's leaving to Germany after the Eastern Orthodox Christmas.