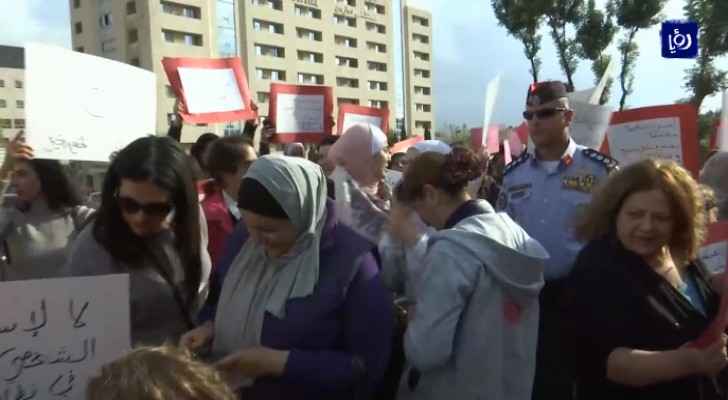 Members of the Arab Women Organization of Jordan have organized a protest near the Prime Ministry's building in Amman today.

The sit-in, entitled "Enough is Enough," comes in protest against violence towards women and in solidarity with the woman whose husband gouged her eyes out in Jerash governorate last week.

Participants in the protest called on intensifying penalties on those who commit violence against women.

They also called for organizing dialogue sessions with officials and members of civil society organizations in attempts to reform the legal situation for the benefit of women.