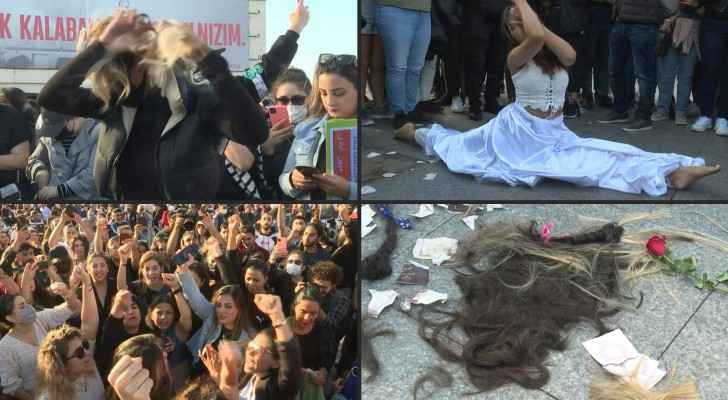 Hundreds of protesters took to the streets in Turkey on Sunday to condemn Iran's crackdown on women-led demonstrations sparked by a young woman's death after her arrest by the country's morality police.

In Istanbul, many Iranians were among the hundreds of people who chanted slogans against the Tehran regime and in support of Iranian women.

Women held red roses, Iranian flags and signs bearing the words "women, life, freedom", the battle cry of the protest movement that has rocked Iran and was triggered last month by the death of Mahsa Amini, a 22-year-old Iranian Kurd.

In Diyarbakir, a southeastern city with a majority Kurdish population, around 200 people gathered brandishing photographs of Iranian women killed in the crackdown and a large banner with the slogan "women, life, freedom" in Kurdish, an AFP correspondent reported.

A demonstration in solidarity with Iranian women attended by hundreds of people was also held in the western city of Izmir on Saturday evening, according to images published on social media and verified by AFP.

At least 92 people have been killed in Iran since the start of the protests two weeks ago, Norway-based NGO Iran Human Rights said on Sunday.