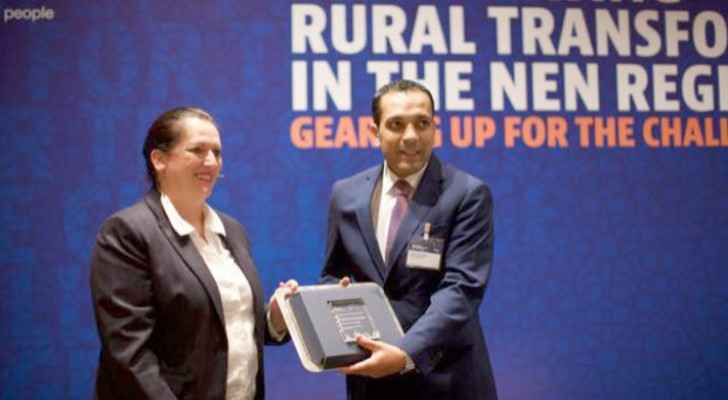 Jordan, represented by Jordan Enterprise Development Corporation (JEDCO), has received the Best Gender Performance and Women Empowerment 2019 award on Wednesday, October 23, 2019, at the Arab Strategy Forum for the Near East, North Africa, Europe and Central Asia 2019 held in Istanbul.

Zoubi added that almost 25 projects funded by the IFAD from all over the world competed in the contestant.

The evaluation criteria included whether the project met the indicators and targets related to gender and the empowerment of women, where the project achieved more than double the target number, he explained.

Zoubi pointed out that the IFAD conducted a survey of all the projects it finances in the Middle East region through three axes, namely project performance in general, gender empowerment and monitoring and evaluation.

The award was received by a representative of the Executive, Director of the value chain of the project, Engineer Zaid Al-Nsour, in recognition of the efforts in empowering men and women in the project.