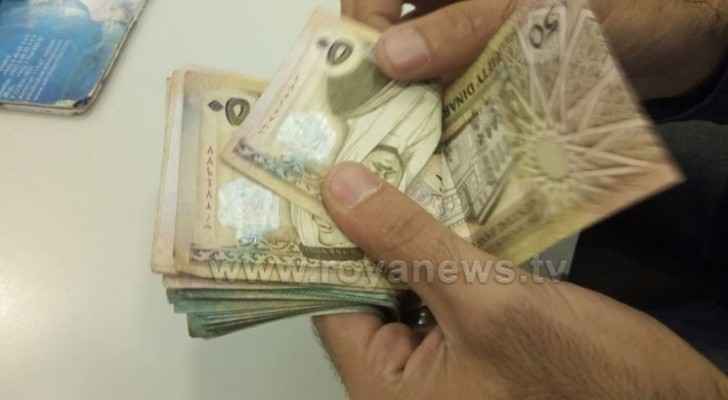 The public sector is becoming worse by the year for women seeking equal pay conditions as pay growth for men outpaces that of women.

This report, which was made by Abdallah AlShamali, examines data issued by the Jordanian Department of statistics on annual employee compensation to uncover the root of the persistent pay gap facing women in the workforce in Jordan.

A lonely life as a working woman in Jordan

Jordan consistently ranks as one of the world’s worst places for women to live in. It ranks 138 from a total of 149 countries in the global gender gap index and ranks 84th in wage equality for similar work according to the global gender pay gap report. While Jordan’s rank is improving slightly, other countries in the region are getting worse for women’s pay. These ranks reflect the economic reality for women in the country and region. Unlike countries like Pakistan and Afghanistan, where women are generally much sicker and less educated than men, Jordan’s lack of gender equality boils down to one issue: Jordanian women simply do not work, despite being relatively healthy and educated. Only 14 percent of women above the age of 15 in Jordan are part of the workforce, according to International Labour Organization data.

The government’s role in getting women to work

Governments in many countries have implemented policies to bring women into the workforce and prevent wage descrimination. These policies include paid maternity leave, paid and unpaid childcare, increased tax relief, tax rebates, and childcare subsidies as well as legal penalties for companies caught committing workplace discrimination. Although Jordan has one of the lowest rates of female economic participation in the world, government policies have done little so far to close the gap. At the current pace, according to the World Economic Forum, it will take 153 years for women in the Middle East and North Africa to achieve gender equality with men.

On average, in 2017, Jordanian men got paid higher than women by 9.14%. This means that for every JD 100 earned by men, women got JOD 90 though they may work in many different fields. Looking back to 2010, the pay gap was 10.92%. Progress over a decade is slow, partially due to paying inequality in the public sector. A survey conducted by the Department of Statistics shows that the public sector pay gap has gotten worse since 2010. The reason behind the slight closing of the pay gap is the improvements happening in the private sector. The below graph shows the development of the pay gap in both the public and private sectors. “The increase in salaries in the private sector is the result of continuous efforts to empower and improve the conditions for working women in Jordan,” said Dr. Eman Ekour the coordinator at the National Committee for Pay Equity in Jordan and an employee at the Ministry of Labor. The committee has been working on the pay equity in Jordan since 2011 but is only targeting the private sector. The private sector is governed by the Labor Law, while the public sector is out of their scope because it is governed by the Civil Service Bylaw. Dr. Eman explained that the committee has carried out many advocacy efforts to address discriminatory articles in the Labor Law, and with their efforts and others some of these articles were amended to ensure more equitable conditions but there is still work to be done to amend other articles.

Reem Aslan, a gender technical specialist working with the International Labor Organization who has been working on the pay equity subject in Jordan even before the National Committee for Pay Equity was formed, said that a lot of women experience direct pay-related discrimination without being aware of it. She said many women think that it is acceptable for women to receive less pay than men because they believe that women's income is of secondary importance to men’s in the family. Aslan heard many women express this view during her work in the field years ago as she met with Jordanian working women. When Aslan was asked about the improvements in the private sector, she said, “there might be many factors and it’s hard to pinpoint them but it’s obvious that there are more women who are aware of their rights and aware that they can demand to have them”.

Pay equality was clearly achieved in the private education sector, Aslan explained. It was found that many of Jordanian female teachers were paid less than the minimum wage. Following this discovery, an advocacy campaign was launched to change regulations to force private schools to transfer salaries to teachers online so the government can access the e-payment record and identify and prosecute any violations of wage laws.

Which jobs offer the most equitable pay? It depends on whether the job is in the public or the private sector

A closer look into the sectors shows that certain jobs are more likely to offer more equal wages. Women in the private sector who work on one end of the spectrum, as professionals or managers or at the other end of the spectrum, as machine operators, are more affected by the pay gap. While in the public sector women who work in service and retail, technicians, associate professionals or managers tend to take home a smaller salary than their male counterparts.

What the two sectors have in common is that women managers and professionals are one of the most affected by the pay gap as a percentage of total pay, even though these two job types demand more experience and educational qualifications. Since management positions are the top-paying jobs for both men and women, women managers are losing more money than any other women in other types of jobs. In addition, women working as professionals make up half of the entire women workforce in the country. So, half of the women in Jordan’s workforce are the most to experience pay gap in the country.

“Salaries are not given according to work value” Dr. Eman said to explain why any two people who have the same experience and job function get paid differently across different institutions.

Education not a Guarantee of Equal Pay for Women

Jordanian women face an additional penalty for becoming educated. The higher their educational qualification is, especially those who hold B.S.c and above, the bigger the pay gap becomes, and this is true for both the private and public sectors. So a woman has a lower return on investment than men do, even though they pay the same for their degrees.

Private sector is not necessarily best for women

The data shows that currently, the average woman will face less pay-related discrimination in the private sector than in the public sector, where both men and women take higher salaries.

What would it take to close the pay gap

In January 2019, the parliament approved on changes to the Labor Law, among which is to consider offering women lower pay as a crime, yet it is unclear how the law will be applied by the Ministry of Labor, which is in charge of enforcement.

Closing the pay gap today would not be cheap. Going from the 2017 figures, the average female managers would gain an extra JD 6250 a year while women working as professionals -half of the entire women workforce- would gain an extra JD 2628 a year. On a sector level, the average women working in the public sector miss out on JD 1176 annually, compared to JD 684 in the private sector. To fix that and close the pay gap, the public sector must increase its salary budget by JD 13 million and the private sector by around JD 9.2 million.

Women paid 73 percent less than men on boards of directors ....

Private schools soon to be obliged to transfer teachers' ....

Private schools soon to be obliged to transfer ....

Private schools soon to be obliged to transfer ....

Private schools soon to be obliged to ....