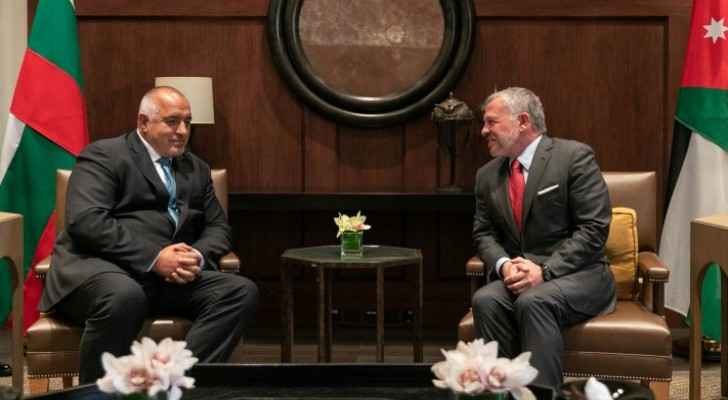 During bilateral and expanded talks, keenness to enhance cooperation was stressed, especially in the fields of economy, trade, education, tourism, mining, pharmaceuticals, and technical training.

The expanded talks, attended by Prime Minister Omar Razzaz and senior officials on the two sides, addressed the importance of continued coordination and consultation between the two countries on issues of mutual concern.

Talks also covered efforts to reach political solutions to regional crises, as well as regional and international efforts to fight terrorism within a holistic approach.

For his part, Bulgarian Prime Minister Borissov emphasized His Majesty’s important international standing, due to his efforts in pursuit of peace and stability in the region, noting that the world is keen to hear His Majesty’s views.

King heads teleconference meeting to follow up on distance ....