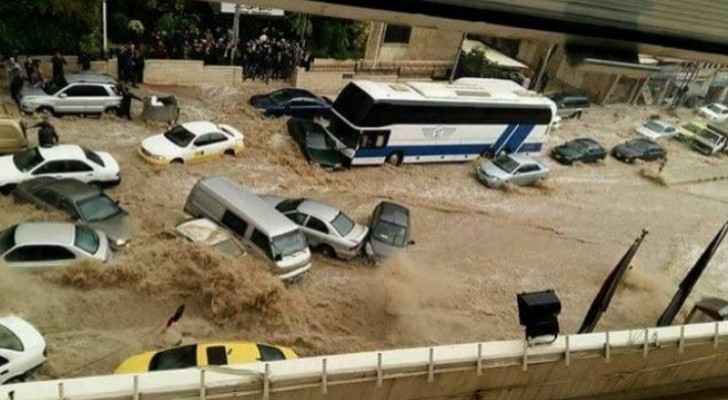 The Amman Chamber of Commerce (ACC) will start giving compensations to traders whose shops were affected by the flash as of next Thursday, September 19, 2019.

A statement by the ACC on Tuesday indicated that the process of distributing compensation will be from 4 pm to 8 pm in the chamber's headquarter.

ACC President Khalil Hajj Tawfiq said that the first batch will include 178 traders whose stores and warehouses have been damaged. "There cases were studied by an ACC committee, while the results of the studies were audited by the Greater Amman Municipality (GAM) and approved by the Audit Bureau," he added.

Tawfiq noted that the second installment of compensation for traders is expected to be distributed early next week after checking their files by the GAM's finance department.

The Cabinet has previously approved the GAM's decision to provide JD2million in compensation to 229 traders affected by the floods, while the ACC will pay JD1million in this regard.