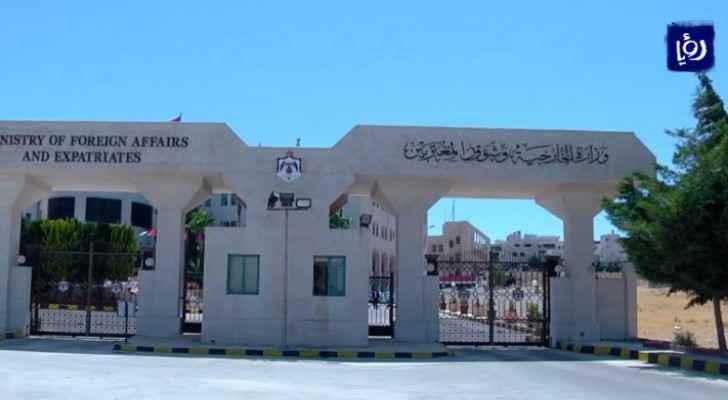 The Ministry of Foreign Affairs and Expatriates assured on Tuesday, September 10, 2019, that it is working on securing the release of the two Jordanian citizens, who were detained by Israeli authorities, through all the diplomatic, political, and legal means.

Spokesman for the Ministry, Sufian Qudah said that the Ministry called in the Israeli Ambassador in Amman, and demanded the immediate release of Abdulrahman Marei and Hiba Abdulbaqi, who were arrested after crossing the King Hussein Bridge.

The Ministry also requested more details about the arrests and the charges leveled against the two, and demanded that their legal rights be protected, he added.

The Jordanian consul in Tel Aviv visited Marei today to check about the condition of his detention and give him support, Qudah stated, adding that Abdulbaqi's sister managed to return to Jordan via the King Hussein Bridge after the ministry followed up on Israel's decision to bar her from leaving.