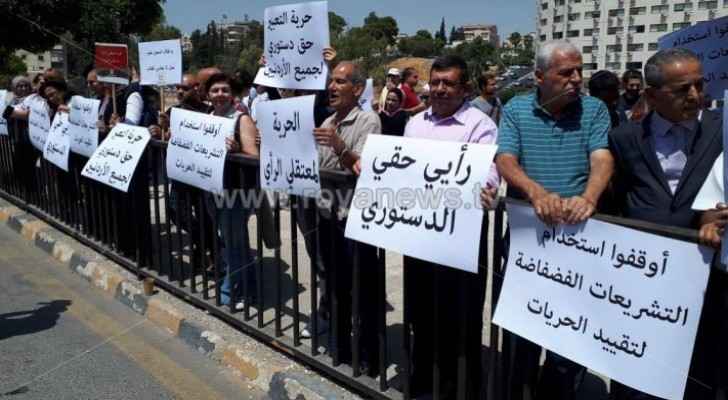 A number of family members of "prisoners of conscience" have organized a protest in front of the House of Representatives on Tuesday, August 27, 2019.

Protestors called on releasing all prisoners detained at the State Security Court (SSC) after the court refused to release some of them on bail for the sixth time.

This protest was staged after a number of human rights and civil organizations urged families of the prisoners to protest so that they may put pressure on members of the Parliament to stop trying prisoners at the SSC and to ensure freedom of opinion.

According to MP Khaled Ramadan, the number of detainees reached 37.

Jordanian citizen extradition to the US ....