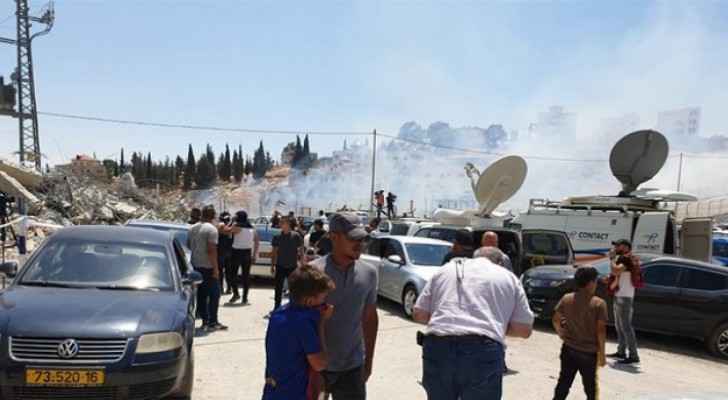 Dozens of Palestinians performed the weekly Friday prayer outdoors yesterday in Abu al-Hummus area, in the occupied East Jerusalem neighborhood of Sur Baher, in protest of Israel's demolition last week of several homes in the area for their proximity to the Israeli segregation barrier.

Clashes erupted with Israeli soldiers following the prayer as the latter attacked the worshipers by teargas to disperse them, causing many cases of suffocation from gas inhalation.