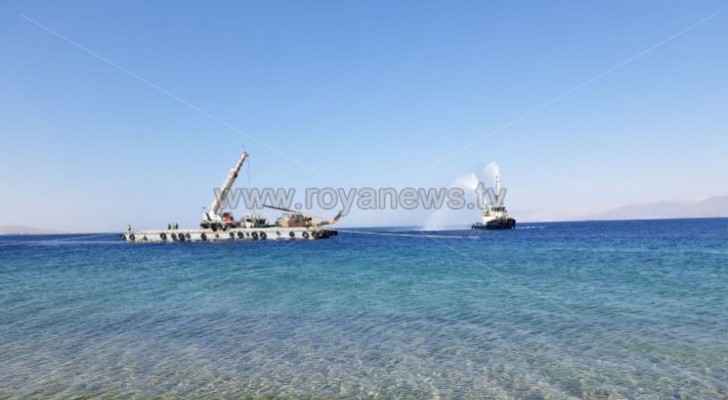 An underwater museum, comprising 19 military relics, has officially launched in Aqaba, according to the Jordan Times.

After 30 days of scanning, photographing and planning, the ASEZA sunk the military machines, while ensuring that the process did not affect surrounding marine life, the statement said. The formation consists of tanks, an ambulance, a military crane, a troop carrier, an anti-aircraft gun and a combat helicopter.

Eight of the objects were settled at 15-20 meters below the surface and the other 11 can be found at 20-28 meters allowing people to snorkel, take a tour from a glass-bottom boat or scuba dive to the sites.

This resource will grow as the museum's collection is cataloged, and as new acquisitions are added, the statement said, adding that the museum aims to give visitors a new type of experience.

The ASEZA took all possible measures to ensure the protection and safety of the marine environment in cooperation with the relevant authorities and associations, according to their statement. Before the sinking, all hazardous materials were removed to comply with environmental best practices.

The location of the museum also promotes the recovery of natural reefs as it relieves pressure on them by drawing visitors away to an alternative site.

Aqaba's Underwater Military Museum Dive Site is a product of a partnership between public and private sectors as the ASEZA was responsible for the planning, preparation and sinking, while the Aqaba Port provided the mobile docks used in the process and the required human resources.

The Aqaba Port Marine Services Company was responsible for providing tug boats and the Royal Jordanian Maritime Force secured the site to maintain public safety, while the Red Sea Diving Centre volunteered to document the whole operation with their professional underwater cameras, the statement said.

Work is underway to deal with the oil leakage in Aqaba: ....

Work is underway to deal with the oil leakage in ....

Work is underway to deal with the oil leakage ....

Work is underway to deal with the oil ....