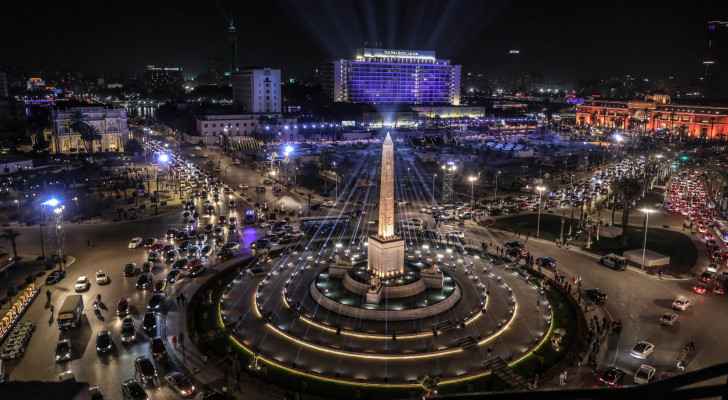 Visitors are browsing exhibits at Egypt's new National Museum of Egyptian Civilisation (NMEC) in the Fustat district of Old Cairo Monday, after the museum opened fully to the public, the day after a procession of floats carried the mummified remains of 22 pharaohs passed through the capital to their new resting place at the museum, in the Golden Parade.

Under strict security, the mummies were driven on floats seven kilometres across Cairo from the iconic Egyptian Museum to the new National Museum of Egyptian Civilization.

Dubbed the "Pharaohs' Golden Parade", the 18 kings and four queens travelled in order, oldest first, each aboard a separate vehicle decorated in ancient Egyptian style.

In turn, pedestrians and vehicles were barred from Tahrir Square, the site of the current museum, and other sections on the route.

The parade and ceremony were broadcasted on live television.

The mummies entered the new museum to a 21-gun salute, after a slightly shorter than expected journey time of around half an hour.

"This grandiose spectacle is further proof of the greatness... of a unique civilization that extends into the depths of history," said President Abdel Fattah al-Sisi just ahead of proceedings.

Discovered near Luxor from 1881 onwards, fascinating new details of the pharaohs' lives and deaths continue emerging.

A high-tech study of Seqenenre Tao II, who ruled over the last of the local kingdoms of the Theban region of Egypt in the Seventeenth Dynasty, involving CT scans and 3D images of his hands and long-studied skull fractures, indicated he was likely killed in an execution ceremony, after being captured in battle.

For their procession through Cairo's streets, the mummies were placed in special containers filled with nitrogen, under conditions similar to their regular display cases.

The new resting place, the National Museum of Egyptian Civilization in the Fustat district of Old Cairo, consists of sleek, low-rise buildings topped with a pyramid amid expansive grounds.

The mummies are set to undergo 15 days of lab restoration before they are displayed in their new home, redolent of underground tombs. They will be accompanied by a brief biography.

The cases they will be in will be "slightly upgraded," said a professor of Egyptology at the American University of Cairo (AUC), Salima Ikram.

Temperature and humidity control will also be enhanced, she said.

Boy throws his two-year-old brother from eighth floor in ....

Foreign Ministry following up on case of Jordanian citizen ....

Foreign Ministry following up on case ....